A Beautiful Day in the Neighborhood (2019)

A Beautiful Day in the Neighborhood (film, 2019). A 2019 American drama film with "PG" rating. Directed by Marielle Heller. Official Trailer. A Beautiful Day in the Neighborhood is a 2019 American drama film directed by Marielle Heller. 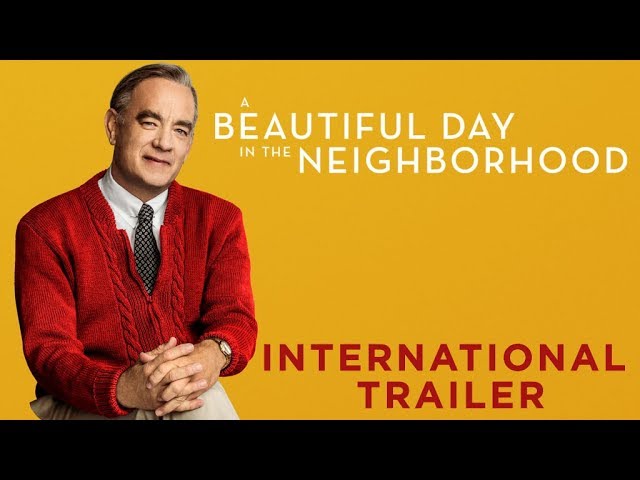 A BEAUTIFUL DAY IN THE NEIGHBORHOOD - International Trailer | November 12, 2019 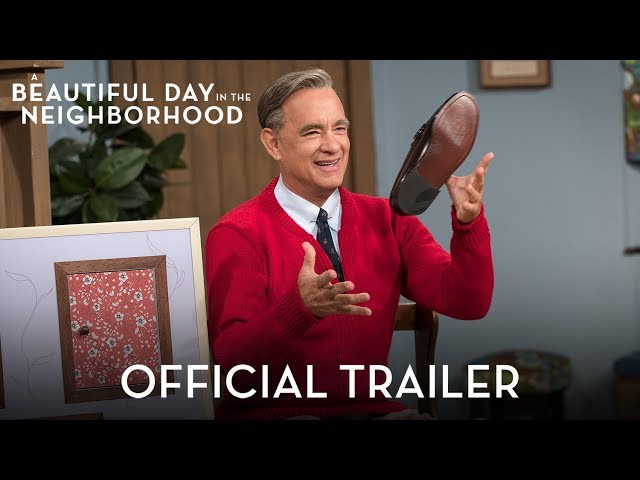 Lloyd Vogel, an Esquire journalist who recently won a national award for his writing, attends his sister Lorraine's wedding with his wife Andrea and newborn son Gavin. During the reception, he starts a fistfight with his father Jerry when Jerry taunts him over his family. The next day, Lloyd's editor Ellen assigns him to interview Fred Rogers for a 400-word article about heroes, and after a phone call with Rogers, Lloyd travels to the WQED studio in Pittsburgh to interview him. During the interview, Rogers is dismissive of his fame and displays concern for Lloyd's nose injury, learning of his grudge against Jerry after several questions he directs to Lloyd. Meanwhile, Jerry apologizes to Lloyd for the fight, but Lloyd rebuffs Jerry's attempt at reconciliation. Determined to find that Rogers' nice attitude is just an act, Lloyd watches several of Rogers' talks and episodes from his show, but cannot find anything. When Rogers visits New York City, Lloyd visits him in his hotel for another interview. During the interview, Rogers dodges Lloyd's questions and reminisces upon raising his two sons, provoking Lloyd into leaving. Lloyd returns home to find Andrea making dinner for Jerry and his girlfriend Dorothy; Lloyd berates Jerry for cheating on his mother Lila while she was dying of cancer and orders him to leave, but Jerry suffers a heart attack and is transported to a hospital. Andrea attempts to convince Lloyd to stay in the hospital overnight with Jerry and Dorothy, but Lloyd refuses and follows Rogers to his Pittsburgh studio, where he collapses on the set of the Neighborhood of Make-Believe out of exhaustion. Lloyd dreams about his repressed childhood trauma; in his dream, he stumbles into an episode of Rogers' show about hospitals, finds himself wearing rabbit ears and shrunk down to the size of Daniel Striped Tiger and King Friday XIII while Rogers and Andrea tower over him, and visits a dying Lila, who urges him to release his anger.

The film A Beautiful Day in the Neighborhood was scheduled to be released on September 7, 2019 (TIFF), on November 22, 2019 (United States, United Kingdom), on December 6, 2019 (United Kingdom), on February 28, 2020 (Turkey) and on March 5, 2020 (Germany) by Sony Pictures Releasing, TriStar Pictures, United International Pictures (UIP) and Universal Pictures International (UPI).

A Beautiful Day in the Neighborhood got high rating from critics.

IMDB: A Beautiful Day in the Neighborhood

Wikipedia: A Beautiful Day in the Neighborhood