A Series of Unfortunate Events is an American black comedy-drama web television series directed by Mark Hudis and Barry Sonnenfeld. 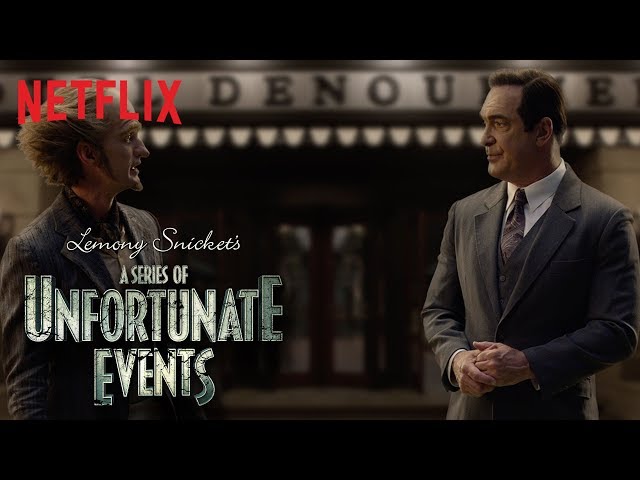 When a mysterious fire kills their parents, the Baudelaire children are informed of this terrible news by their executor Arthur Poe and are placed into the care of their distant relative Count Olaf, an actor who is determined to claim the family fortune for himself. Following Olaf's failed attempt and his plot being exposed, the Baudelaires set out to elude Olaf and his followers while uncovering the mystery behind a secret society from their parents' past called V.F.D. (short for Volunteer Fire Department) as they are placed in the custody of different guardians.

The series is produced by Paramount Pictures, Paramount Television, What is the Question? and Sonnenfeld Productions, Inc..

The average duration of each episode is 36 - 64 minutes. Country of origin: United States. Original language: English.