Anna and the Apocalypse is a 2017 British Christmas zombie musical film directed by John McPhail. 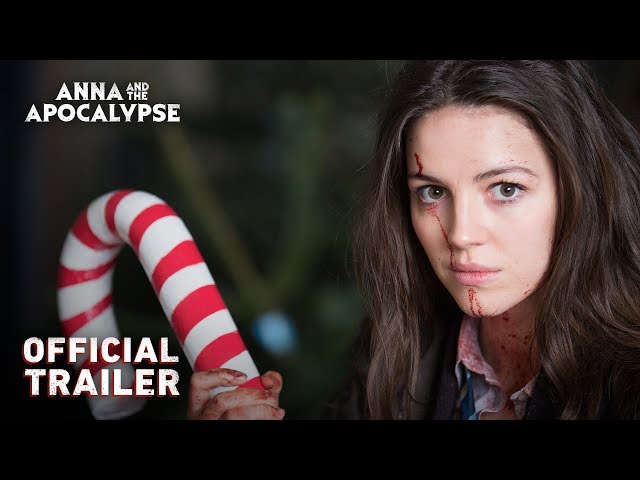 In Little Haven, Scotland, Anna Shepherd is a soon-to-be secondary school graduate, who plans to travel for a year before attending university, much to the displeasure of her widower father Tony. Her friends are dealing with their own issues: her best friend and artist John is secretly in love with her, budding filmmaker Chris is struggling with a class assignment, and transfer student Steph is trying to get her social justice reporting past the tyrannical vice principal Mr. Savage. Nick, Anna's one night stand, is also making her life difficult. The night of the school Christmas show, in which Chris's girlfriend Lisa is performing, Anna and John are working in the local bowling alley and Chris and Steph have gone to the homeless shelter to film for Steph's story. During this time, a zombie infection starts spreading and Lisa, Tony, Savage and Chris's grandmother are stranded in the school. Anna and John bond over her post-graduation plans after work. The next morning, Anna and John leave for the school, completely oblivious to the zombie chaos around them. When they encounter a zombie dressed as a snowman, Anna decapitates him with a seesaw. Figuring it will be too dangerous to go home or to the school, they go to the bowling alley where they meet Steph and Chris, who have taken shelter there. Steph finds out that an army evacuation is coming to the school, so the group plans to go there once it is safe. Anna and Steph find the zombified cleaner and Steph kills her, alerting a group of zombified bowlers to break in. The group kills them all after a bloody fight and realise that getting to their loved ones will be difficult.

Anna and the Apocalypse got high rating from critics. The audience also likes the film.

IMDB: Anna and the Apocalypse

Wikipedia: Anna and the Apocalypse