Backstabbing for Beginners is a 2018 political thriller film directed by Per Fly. 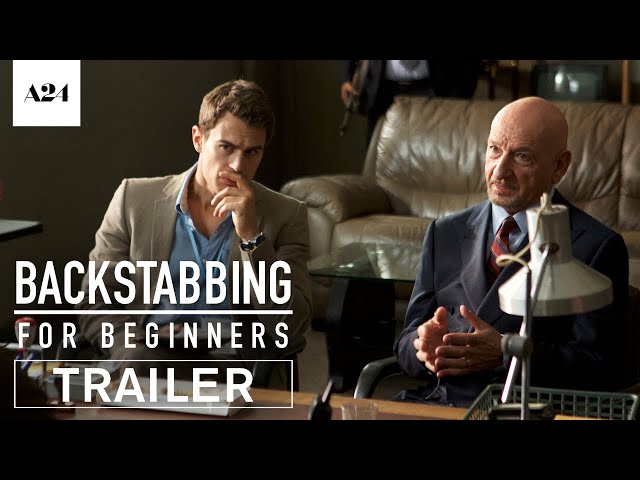 The film follows Michael Sullivan, the son of US State Department diplomat who died when Michael was young. Michael leaves a lucrative job at a large bank and lands his dream job as a diplomat with the United Nations (UN), in the fall of 2002. He is assigned to work as an assistant to Under-Secretary-General Costa "Pasha" Passaris, the head of the Oil-for-Food Programme, operated since 1995 to help the citizens of Iraq without allowing the oil sales to boost Saddam Hussein and his regime. On his first visit to Baghdad, local UN chief diplomat Christina Dupre makes it clear to Pasha that she is disturbed by the corruption in the programme, and plans to publish a report voicing her concerns. This is the first Michael hears of the problem, and over the course of the film he uncovers a major corruption scandal, whereby payoffs and bribes diverted $20 billion of the funds away from food and into the hands of companies, banks, officials of various governments, and officials of the UN itself, possibly including Pasha, so that Hussein can pocket over $1 billion of the funds. Micheal falls in love with Nashim, a UN worker in Baghdad who reveals aspects of the corruption to Michael, while she covertly works to advance the cause of her own people, the Kurds of northern Iraq. Pasha tries to teach Michael about the realities of diplomacy in a world filled with corruption, highlighting that $60 billion does make it into buying food and medicine for the people of Iraq. As more of the people around him are killed, including Nashim and Dupre, and as the corruption continues even after the programme was de jure terminated in 2003, following the Coalition Invasion of Iraq, a dejected Michael gathers evidence and takes it to the Wall Street Journal.

The film Backstabbing for Beginners was scheduled to be released on September 7, 2017, on January 18, 2018 (Denmark) and on April 27, 2018 (United States) by A24, DirecTV Cinema, M2 Pictures, Unplugged, EuroVideo, Falcon Films, Mongkol Major, NOS Audiovisuais and Star Entertainment.

The duration of the film is 90 minutes. The film's budget is $8 million US.

Backstabbing for Beginners got average rating from critics. The audience dislikes the film either.