Bad Times at the El Royale is a 2018 neo-noir thriller film directed by Drew Goddard. 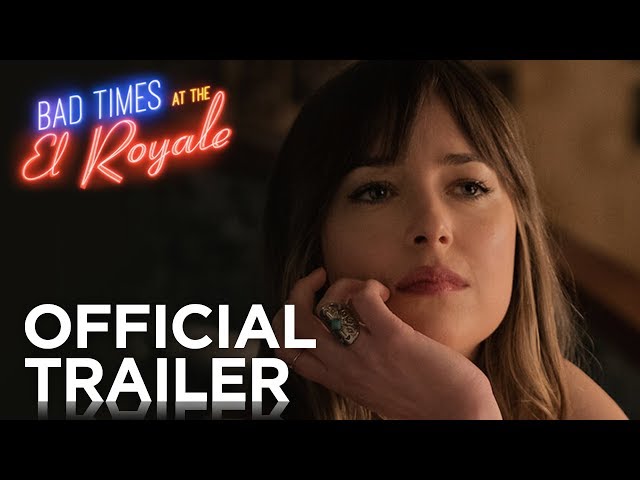 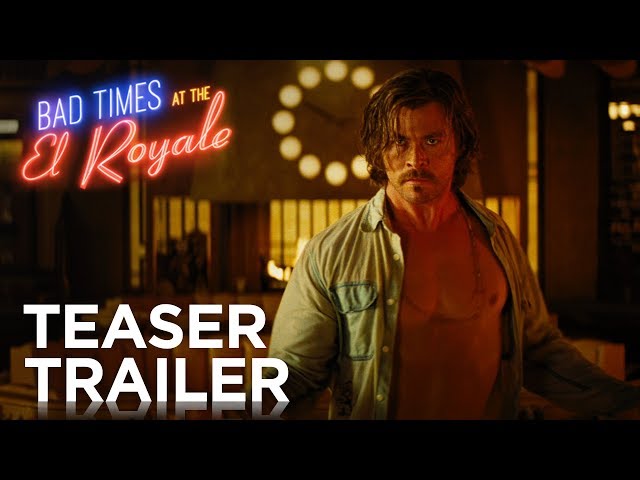 In 1959, in the aftermath of a bank robbery gone awry, a crook hides a bag of money inside the floorboards of a hotel room. After successfully hiding the cash, he is double-crossed by one of his accomplices and killed. Ten years later, Catholic priest Daniel Flynn, singer Darlene Sweet, salesman Laramie Seymour Sullivan, and hippie Emily Summerspring arrive at the El Royale hotel at the California-Nevada border, popular with Hollywood and political elite until losing its gambling license. They meet the hotel's only remaining employee, Miles Miller. Upon checking into his room, Sullivan removes wire taps from the honeymoon suite and finds a secret corridor from which guest's rooms can be observed via two-way mirrors and filmed via a 16mm camera setup. From the corridor, Sullivan sees Emily committing an apparent kidnapping. It is revealed that he is Dwight Broadbeck, an FBI agent on assignment to remove FBI surveillance from the hotel; he reports his findings to J. Edgar Hoover, who instructs him to ignore the kidnapping and to prevent the guests from leaving until the surveillance materials are secured. Flynn invites Sweet to join him for dinner. She sees him spiking her drink and knocks him unconscious with a bottle. Miller finds and revives Flynn, then shows him the secret passageway, explaining that "management" regularly had him film guests' intimate encounters and send the footage to them. Miller admits having withheld one incriminating film of a deceased public figure who had been kind to him. When Flynn leaves to evaluate the film, Miller witnesses through the two-way mirror Agent Broadbeck attempting to rescue Emily's hostage, who is revealed to be Emily's younger sister, Rose. Emily opens fire, killing Broadbeck, and accidentally brutalizing half of Miller's face with buckshot. Emily interrogates Miller about the surveillance operation. It is revealed that Emily forcibly removed her sister from a murderous cult in California led by Billy Lee, a lecherous and sadistic but charismatic figure. Emily is disappointed to learn that Rose has called Lee to the El Royale.

Bad Times at the El Royale got high rating from critics. The audience also likes the film. Audiences polled by CinemaScore gave the film an average grade of "B-" on a scale ranging from A+ to F.