Watch the official trailer for Batman and Harley Quinn 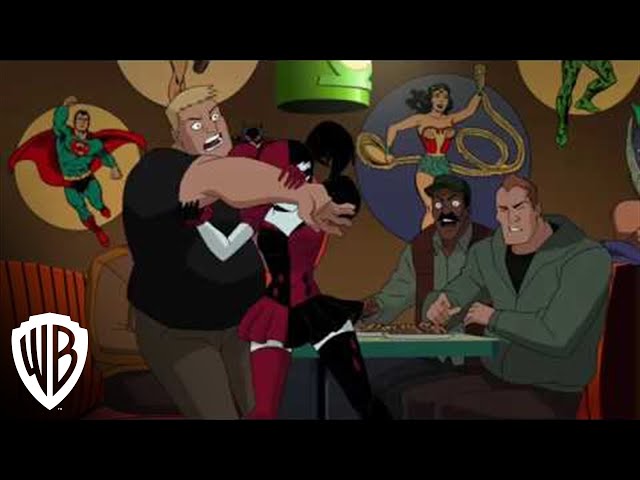 What is Batman and Harley Quinn about?

Batman (Kevin Conroy) and Nightwing (Loren Lester) discover that Poison Ivy (Paget Brewster) and Floronic Man (Kevin Michael Richardson) have teamed up. Much to their reluctance, they decide to look for Harley Quinn (Melissa Rauch) to find out where the duo are hiding; however, Harley has gone off the grid since getting paroled. Batman leaves finding Harley to Nightwing, while he gets information from A.R.G.U.S.
At A.R.G.U.S. HQ, Batman learns that Ivy and Woodrue stole the information on Swamp Thing's birth and kidnapped a scientist named Dr. Harold Goldbloom, who could help them replicate the process and turn everyone into plant people.
Nightwing finds Harley working as a waitress at a restaurant. Tailing her, Nightwing angers her since she wants to live a normal life, but her past as a super-criminal prevents her from getting rehired as a psychiatrist. Eventually, the two have an intimate moment with each other - until Batman walks in on them - , with the result being that Harley declares to help.
Harley leads them to a popular hangout for henchmen where she gets the location of Ivy from one of her old minions named Shrubby. The trio head to Blüdhaven, where Ivy is saddened to see her friend helping Batman. Woodrue fatally wounds Dr. Goldbloom to keep him quiet as he and Ivy escape as their lab catches fire. However, the dying Dr. Goldbloom reveals that the duo is heading to Slaughter Swamp in Louisiana where the correct swamp chemicals are.
Contacting A.R.G.U.S., Batman, Nightwing and Harley head after them to convince Ivy to stop her mad plans, realizing that even the slightest miscalculation could result in the extermination of the human race. Harley resorts to crying to convince Ivy, who is finally swayed by their relationship. Swamp Thing (John DiMaggio) appears, informing Woodrue that he would threaten the Green with his concoction; however, he will not interfere. Batman and Nightwing wonder how to stop Woodrue, until Harley points out he is a plant and asks if they have a match. Grateful, they both give her a kiss on the cheek and just set Woodrue on fire.

Who's in the Batman and Harley Quinn cast?

Here is the full cast and characters of Batman and Harley Quinn.

When is Batman and Harley Quinn released in cinemas?

The film Batman and Harley Quinn was scheduled to be released on July 21, 2017 (San Diego Comic-Con) and on August 14, 2017 by Warner Bros. Home Entertainment, Warner Home Video and Fathom Events.

What are Batman and Harley Quinn film specifications?

The film Batman and Harley Quinn is rated with "PG-13" rating.

What are critics and audiences saying about Batman and Harley Quinn?

Batman and Harley Quinn got average rating from critics. The audience dislikes the film either.

Other sites about Batman and Harley Quinn

More information about Batman and Harley Quinn you can get at: