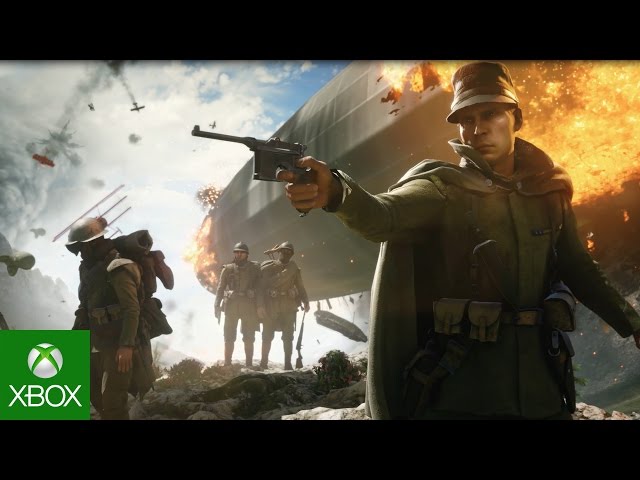 Similar to its predecessors, Battlefield 1 is a first-person shooter game that emphasizes teamwork. It is set in the period of World War I, and is inspired by historical events. Players can make use of World War I weapons, including bolt-action rifles, submachine guns, automatic and semi-automatic rifles, artillery, flamethrowers, and mustard gas to combat opponents. Melee combat was reworked, with DICE introducing new melee weapons such as sabres, trench clubs, and shovels into the game. These melee weapons were divided into three groups: heavy, medium and light. Players can also take control of various armored vehicles, including light and heavy tanks, armored trucks, cars, torpedo boats, bi- and tri-plane aircraft, an armored train, reconnaissance vehicles, a dreadnought and an M-class zeppelin, as well as ride horses into battle. Destructible environments and weapon customization, features present in the previous games, returned in Battlefield 1 and are more dynamic. The game's world designer, Daniel Berlin, said the campaign mode has larger and more open environments than those in previous installments in the franchise, with more options and choices in terms of paths to completing levels and how to approach combat. Players can control several characters in the campaign. If the player dies in the prologue, they will then take control of another soldier and role instead of reloading from a checkpoint. These roles can range from tank gunner to rifleman. When the player dies, a name appears on the screen of a real soldier, along with their birth year. Unlike its predecessors, the game features a collection of war stories, similar to an anthology.