Watch the official trailer for Bill & Ted Face the Music 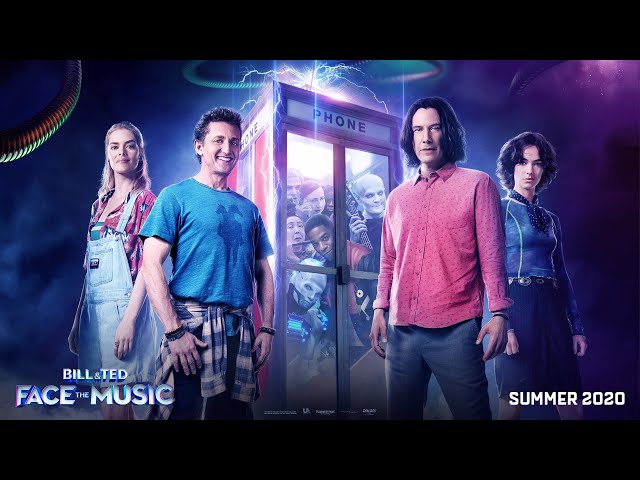 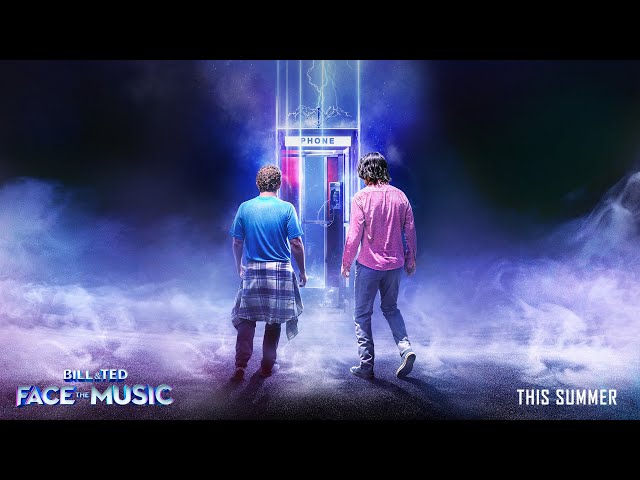 What is Bill & Ted Face the Music about?

Since the events of their previous journey, William "Bill" S. Preston, Esq. and "Ted" Theodore Logan (Keanu Reeves), of the rock band Wyld Stallyns, have so far failed to write a prophesied song that would unite the world, the effects of which have started to cause time and reality to collapse. After an unsuccessful couples' counseling session with their spouses, Ted confides in Bill (Alex Winter) that he does not believe they will ever write the song. Kelly (Kristen Schaal), the daughter of Rufus, arrives from the future to take Bill and Ted back to meet with the Great Leader (Holland Taylor), who tells them they have until 7:17 PM that night to write the song, or reality will collapse.
Reasoning they will not be able to write the song in time, Bill and Ted use Rufus' time-traveling phone booth, to attempt to steal the song from future versions of themselves where they were successful. However, with each jump ahead into the future, they come across themselves in progressively worse situations, learning that their wives leave them and their daughters no longer speak to them. At the same time, the future versions of their wives - princesses Joanna and Elizabeth - visit their present counterparts, to find a time and place where they are happy with their marriages. With Bill and Ted missing, the Great Leader enacts a non-triumphant alternative plan to kill Bill and Ted using a time-traveling robot, in the hopes their deaths will restore balance in the universe.
Kelly travels back to the present day to warn the two about the robot, but instead meets their daughters, Billie (Brigette Lundy-Paine) and Thea (Samara Weaving), who want to help their fathers create the song. Using Kelly's time machine, they enlist the help of historical figures all throughout the history of music, namely Jimi Hendrix (DazMann Still), Louis Armstrong (Jeremiah Craft), Wolfgang Amadeus Mozart, Ling Lun (Sharon Gee), and a cavewoman named Grom (Patty Anne Miller), to form a band to play alongside their fathers. Bill and Ted travel to 2025, where they have seemingly become successful, but are tricked by their future counterparts, who have inhabited Dave Grohl's mansion to try and pass off one of his songs as their own. Billie, Thea, and their assembled band return to present day San Dimas, meeting up with Kelly and a time-displaced Kid Cudi, but find the robot waiting for them, who kills the entire group and sends them to Hell.

Who's in the Bill & Ted Face the Music cast?

Here is the full cast and characters of Bill & Ted Face the Music.

When is Bill & Ted Face the Music released in cinemas?

What are Bill & Ted Face the Music film specifications?

The duration of the film is 92 minutes. With a budget of $25 million, the film grossed over $1.1 million.

The film Bill & Ted Face the Music is rated with "PG-13" rating.

What are critics and audiences saying about Bill & Ted Face the Music?

Other sites about Bill & Ted Face the Music

More information about Bill & Ted Face the Music you can get at: