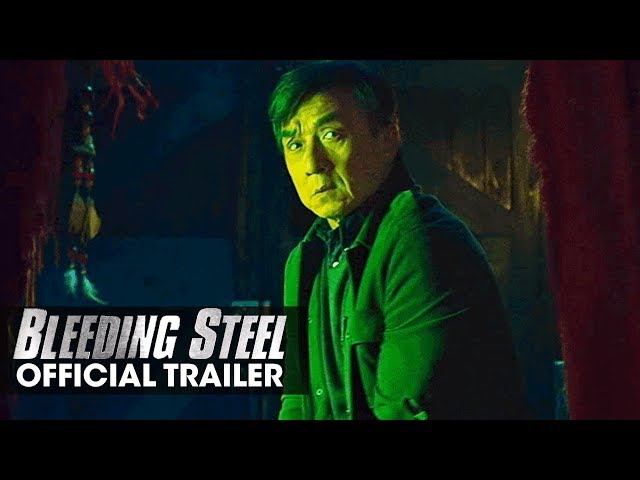 Hong Kong Special Agent Lin Dong was told that his daughter Xixi (who suffers from leukemia) is in critical condition. He speeds over to the hospital, but on the way his co-worker, Xiao Su, informs him that a critical witness is in danger. Agent Lin stops right outside the hospital, pauses, and turns back to protect the critical witness, Dr. James. Dr. James injects himself with a chemical substance stored with a mechanical heart right before the police burst in to escort him away. They are ambushed by soldiers with exotic black armor and high-tech weaponry led by a monstrous-looking man named Andre, and almost all in the team are killed. Xixi, meanwhile, dies at the hospital. Before Andre can claim Dr. James for himself, Lin Dong manages to ram him against an oil tank using his car. When Andre proves uncannily resistant to both the car's impact and the bullets Lin Dong fires against him, Lin Dong shoots the oil tank instead, causing a huge explosion. Both Lin Dong and Andre are later shown to have survived, although Andre's injuries have him turned into a cyborg. 13 years later in Sydney, Australia, author Rick Rogers has recently released a book titled Bleeding Steel about a girl with a mechanical heart. A man named Li Sen, disguised as a prostitute, pays a visit to Rogers at his hotel, drugs him, and downloads information from his computer. Simultaneously, a black-clad woman and two men with black armor suits attack the building and torture Rogers into revealing the source of his inspiration for the book, while Li Sen hides in the suite's bathtub. The intruders are attacked by Lin Dong, who also tries to find out the same answer. Rogers is killed by the Woman, and the arrival of the police forces everyone to retreat.

The duration of the film is 110 minutes. The film grossed over $49 million.

Bleeding Steel got low rating from critics. The audience dislikes the film either.