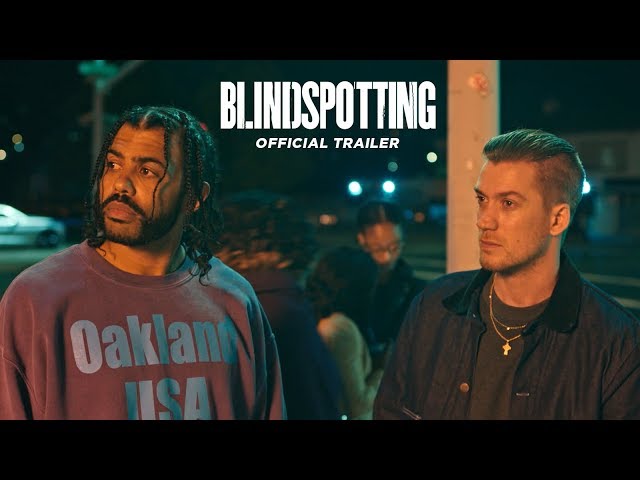 Collin Hoskins (Daveed Diggs), a convicted felon, is struggling to finish the last three days of his probation. Collin, along with his short-tempered best friend Miles Turner (Rafael Casal), works for a moving company located in Oakland, California. One night while waiting for a red light, Collin witnesses a white police officer (Ethan Embry) gun down a black civilian. As Collin is haunted by the incident, he begins to have nightmares and experiences hallucinations. At the same time, Miles becomes distraught by the gentrification of Oakland, and a resulting sense of loss of identity, home, and belonging. Miles purchases a gun from a friend on the basis of self-protection, an action of which Collin strongly disapproves. As Miles continues to display erratic behavior, Collin's ex-girlfriend Val (Janina Gavankar) warns Collin of the dangers that may result from a continued friendship with Miles. Later that evening while having dinner, Miles' gun accidentally ends up in the hands of his young son Sean, an incident which horrifies Sean's mother Ashley (Jasmine Cephas Jones), who forces both Miles and Collin to leave the house. At a party, an agitated Miles brutally assaults a black man who misinterpreted Miles' persona as cultural appropriation, leading to a fight between the two. Miles uses his gun to terrorize the party guests before being stopped by Collin. In an explosive argument, Collin criticizes Miles for his reckless behavior and the trouble it keeps causing him. With his probation now over, Collin continues to feel psychologically troubled by the murder he saw. As he and Miles are finishing a moving job, the house is revealed to be that of Officer Molina, the officer whom Collin witnessed gunning down a black man a few days earlier. Collin confronts the officer at gun point and criticizes the relationship between the police and black America, but refuses to shoot him, leaving the distraught officer behind. Following a moment of solemnity, Collin and Miles repair their friendship as they drive off to their next job.

The duration of the film is 95 minutes. The film grossed over $4.9 million.

Blindspotting got high rating from critics. The audience also likes the film.