Watch the official trailer for Brittany Runs a Marathon 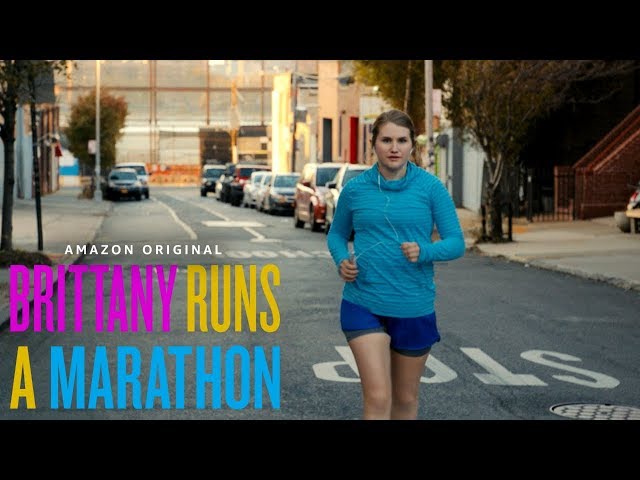 What is Brittany Runs a Marathon about?

Brittany Forgler (Jillian Bell) is a 28-year-old living in New York City with her roommate Gretchen (Alice Lee), a teacher's assistant dreaming of social media fame. Employed as a greeter at an off-Broadway theater, Brittany is a hard partier, overweight, and abuses Adderall. Visiting a new doctor to score a prescription, she receives unwelcome news; she must get healthy and lose weight. She visits a nearby gym only to find even the cheapest fee is out of her reach. Despite her fear, she tries running for the first time, successfully running one block. She is invited to run in a group with her neighbor Catherine (Michaela Watkins), whom Brittany detests for her seemingly perfect life. Sucked into another night of partying by Gretchen, Brittany arrives for the group run and meets Seth (Micah Stock), another struggling runner, learning they have equal goals. Brittany, Seth, and Catherine bond and, after a 5K run, set the ultimate goal: running in the New York City Marathon.
Interviewing for a live-in nanny position, Brittany instead gets a second job as a pet sitter. On her first day, she meets fellow pet sitter Jern (Utkarsh Ambudkar), who is essentially living in the house against the rules. After a falling out with Gretchen over her changing lifestyle, Brittany moves into the house as well, bonding with Jern over their stalled lives. Seth and Catherine's predictions that Brittany will have sex and fall in love with Jern eventually come true.
Brittany gets within five pounds of her goal of losing 45 pounds. Unable to win a place in the marathon through a lottery, as Seth does, her only hope is to raise enough money for a charity. At Catherine's divorce party, she informs Brittany that she often raises a lot of money for a favorite charity, and offers to have $5000 donated in her name so Brittany can run in the marathon. Brittany's pride, and continued reluctance to let Catherine into her life, force her to turn down the offer, and she leaves. She regains weight, forcing her to run even harder, until one of her shins becomes too painful to walk on. Five weeks from the marathon, her doctor informs her she has a stress fracture and will be unable to run for six to eight weeks.

Who's in the Brittany Runs a Marathon cast?

Here is the full cast and characters of Brittany Runs a Marathon.

When is Brittany Runs a Marathon released in cinemas?

What are Brittany Runs a Marathon film specifications?

The duration of the film is 103 minutes. The film grossed over $7.4 million.

The film Brittany Runs a Marathon is rated with "R" rating.

What are critics and audiences saying about Brittany Runs a Marathon?

Brittany Runs a Marathon got high rating from critics. IMDB rating is 6.8/10. Rotten Tomatoes rating is 88/100.

Other sites about Brittany Runs a Marathon

More information about Brittany Runs a Marathon you can get at: