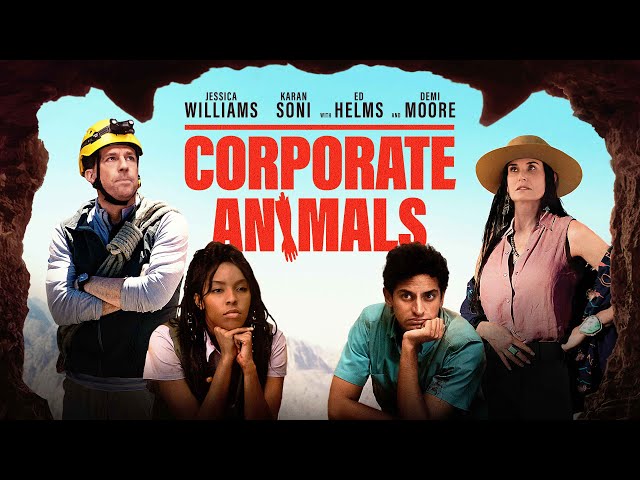 Lucy (Moore) is the egotistical CEO of Incredible Edibles, America's premiere provider of edible cutlery. In her infinite wisdom, Lucy leads her staff, including her long-suffering assistants, Freddie (Karan Soni) and Jess (Jessica Williams), on a corporate team-building caving weekend to New Mexico. When disaster strikes, not even their useless guide Brandon (Helms) can save them. Trapped underground by a cave-in, the mismatched and disgruntled group must pull together to survive amid sexual tension, startling business revelations, and casual cannibalism.

The film Corporate Animals was scheduled to be released on January 29, 2019 (Sundance) and on September 20, 2019 (United States) by Screen Media Films, Kinologistika and Front Row Filmed Entertainment.