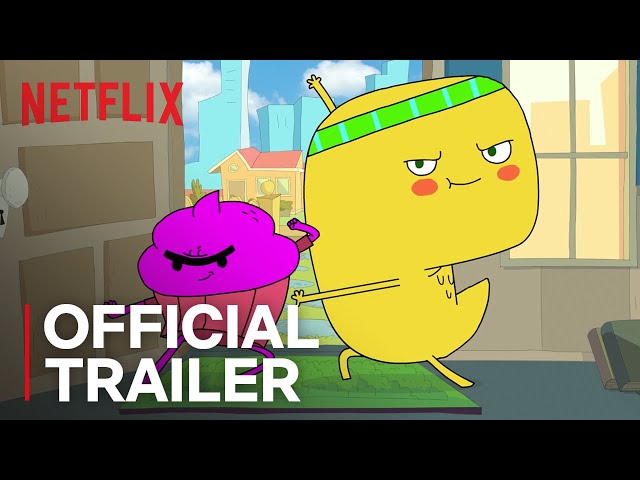 Cupcake & Dino: General Services revolves around a tiny cupcake and his giant dinosaur brother as they strive to make a name for themselves in the competitive General Services business. There is a supporting cast of other anthropomorphised food, objects, animals, and mythical creatures, as well as humans. There is no apparent reason or distinction between different types of characters, with Cupcake and Dino being presented as birth siblings and having a Grandma Steak. Episodes follow the loose format of Cupcake and Dino taking on a general services job where unintended consequences usually follow absurd plot points. Each episode also has repeated basic themes found in young children's programming such as friendship, honesty, bravery, and loyalty - often accompanied by simple songs emphasizing these themes. The show utilizes a mix of live-action and animation - the live-action sequences were recycled from Shutterstock, which the crew used with permission.

The series is produced by Birdo Studio, Entertainment One and Atomic Cartoons.

The average duration of each episode is 22 minutes. Country of origin: Brazil and Canada. Original language: English and Portuguese.