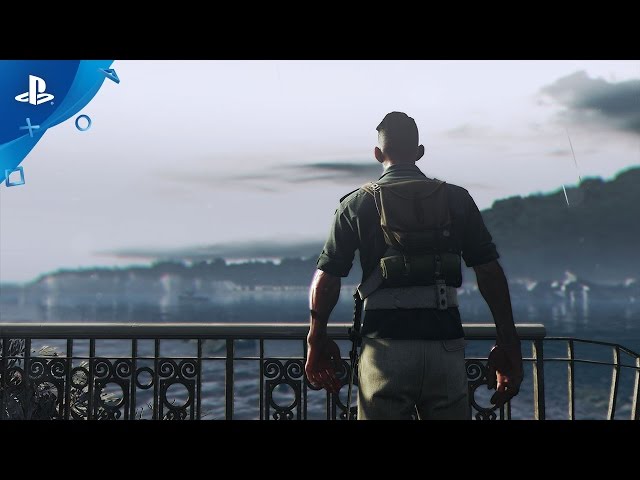 Dishonored 2 is an action-adventure game with stealth elements played from a first-person perspective. After playing as Empress Emily Kaldwin during the prologue, players may decide to play either as Emily or as Corvo Attano (the protagonist from the previous game). Side missions unlock alternate methods of assassination, non-lethal approaches and paths to navigate the main mission. Both characters wield swords, pistols, crossbows, a retractable blade, grenades and mines - all of which are upgradable. Upgrades may be purchased at black market shops found throughout the levels, and blueprints scattered across levels unlock new potential upgrades (in New Game Plus playthroughs, blueprints already acquired are converted into additional coin). Coin is required to buy these upgrades, which again may be found throughout a level or gained from other collectibles, like stealing paintings. Players can choose whether to play stealthily or not and can finish the game without taking a life. Health elixirs and food consumables will restore health, while mana elixirs replenish mana. Enemy detection works on line-of-sight, with players being able to use cover or high areas out of enemies' cones of vision to stay undetected. Darkness can aid the player in staying hidden, but it is only effective at a distance. Enemy alert meters and musical cues let the player know if they've been spotted. Noise will cause enemies to go to investigate, including noise made by broken bottles or the player striking a sword against the wall; this may be used deliberately to lure guards into traps or disrupt their patrol route. Players can look through keyholes to help them survey a room before entering and can lean to look from cover without fully exposing themselves. The player is now able to be detected if they peer out from behind a wall for too long, a feature not seen in Dishonored. To avoid detection, the player may choke people out or have their throat slit. Bodies can be carried away and concealed. Alarms can be disabled to assure that enemies are not alerted to the player's presence. Walls of Light, barriers powered by wind or whale oil, are subject to have their power turned off or be rewired so that only enemies are killed by going through them. Whale oil canisters explode on harsh impact, and can be thrown at enemies to that end.

The game is made with Void Engine engine.