Watch the official trailer for Dragged Across Concrete 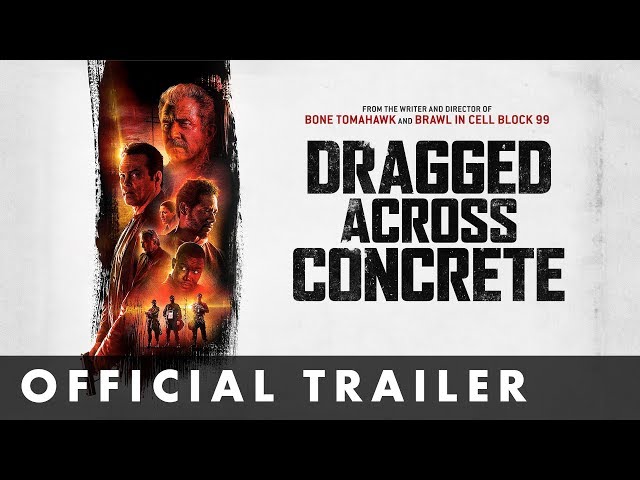 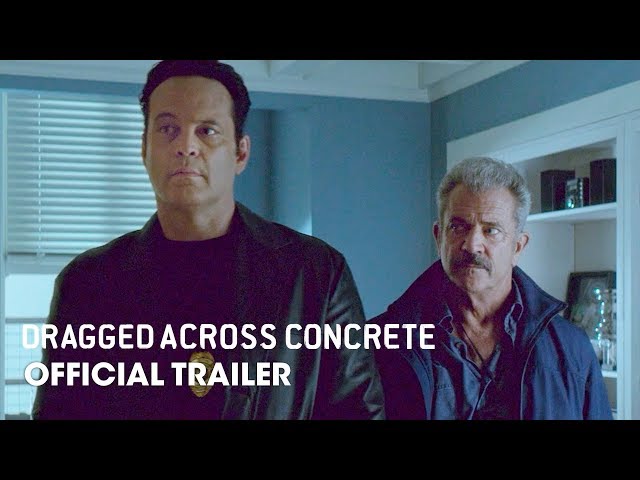 What is Dragged Across Concrete about?

In the city of Bulwark, recent parolee Henry (Tory Kittles) returns home, interrupting his mother with a customer. After chastising her for turning to prostitution, Henry reunites with his younger brother Ethan.
Three weeks later, police detectives Brett Ridgeman (Mel Gibson) and Anthony Lurasetti (Vince Vaughn) raid the home of Vasquez (Noel G.gliemi), a known drug dealer. Ridgeman is unnecessarily rough with the suspect, and coerces Vasquez's girlfriend into revealing a duffel bag of money and narcotics. The bust is a success, but the detectives are called before their superior, Chief Lt. Calvert. Explaining that a video of Ridgeman subduing Vasquez has been released to the media, Calvert is forced to suspend both detectives for six weeks without pay.
Ridgeman's daughter Sara is continually harassed, and his wife Melanie, a former cop with multiple sclerosis, pleads with him to move them to a safer neighborhood. Lurasetti is similarly desperate for money, with plans to propose to his girlfriend Denise (Tattiawna Jones). On a tip from Friedrich (Udo Kier), a wealthy businessman with criminal connections, Ridgeman recruits Lurasetti to help him surveil and rob the mysterious Lorentz Vogelmann (Thomas Kretschmann). Having bought an engagement ring, Lurasetti stalls in proposing to Denise, unsure if he can continue with Ridgeman's plan.
Henry and his childhood friend Biscuit (Michael Jai White) are hired by Vogelmann, whose masked associates - one wearing black gloves, one with grey - have committed a series of robberies to buy a customized bulletproof van with airless tires. Bank employee Kelly Summer (Jennifer Carpenter) struggles to leave her newborn son, but returns to work for the first time after her maternity leave. Vogelmann, Black Gloves (Primo Allon), and Grey Gloves (Matthew MacCaull) take the bank hostage, with Biscuit and Henry disguised as security guards in the van. Using methodical, tape-recorded instructions, Vogelmann demands the bank's supply of gold bullion. Kelly, fearing for her life, tries to prevent a colleague from notifying the police, and is executed.

Who's in the Dragged Across Concrete cast?

Here is the full cast and characters of Dragged Across Concrete.

When is Dragged Across Concrete released in cinemas?

What are Dragged Across Concrete film specifications?

The film Dragged Across Concrete is rated with "R" rating.

What are critics and audiences saying about Dragged Across Concrete?

Dragged Across Concrete got high rating from critics. IMDB rating is 7/10. Rotten Tomatoes rating is 75/100. The audience also likes the film.

Other sites about Dragged Across Concrete

More information about Dragged Across Concrete you can get at: