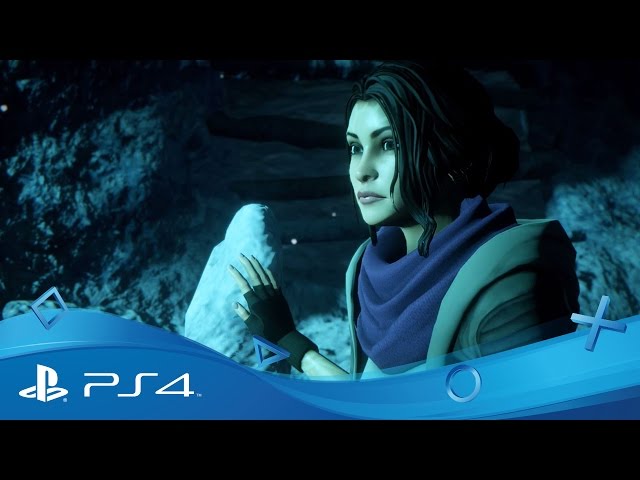 In the mythology of the series, Earth is one of countless worlds in the multiverse, created from the primordial Storytime by the dreaming of a being known as Lux, the First Dreamer. Earth, or "Stark" as it is known in the game, is a world of science existing in Balance with its "Twin World" of magic, Arcadia, split off and separated from it by the impassable Divide twelve millennia ago. The game takes place in 2220 CE by Stark's reckoning, and its chief antagonist is Brian Westhouse, a Starkian trapped in Arcadia, who plans to return home by forcibly reuniting the Twin Worlds with the power of the Undreaming, the destructive counterpart to Lux. To strengthen the Undreaming with dream energy, Westhouse, as "the Prophet", had conspired with the corrupt officials of the Azadi Empire in Arcadia and an ambitious Starkian scientist Helena Chang to build a giant dream-storing Engine in the recently conquered Arcadian city-state of Marcuria and to imbue it with the dream energy stolen from Stark by Chang's lucid dream-inducing invention, the "Dreamachines". Chang had also secretly planned to instead use the stolen dream energy to reshape reality itself with the help of her genetically engineered "Dreamers", i.e. humans with powers equal to Lux. She had deemed her first artificial Dreamer a failure, however, and the girl was instead raised by Chang's partner Gabriel Castillo as his own daughter, Zoë. In Dreamfall, a 20-year-old Zoë had learned that Chang's sponsors, the Japan-based megacorporation WatiCorp, planned to brainwash Dreamachine users in a bid for world domination, but after failing to stop them, she was put into a coma by Chang. At the same time in Arcadia, an elite Azadi operative Kian Alvane investigated the corruption in Marcuria but was charged with high treason and imprisoned. In Chapters, their stories finally converge in Book Five, where they also tie in with the arc of the third playable character, Saga, which, until then, is mainly told in the Interludes. Dreamfall Chapters was originally developed on the Unity 4 game engine, but was retroactively upgraded to Unity 5 before the release of Book Four. It features large 3D environments, as opposed to 2D backgrounds in The Longest Journey and smaller 3D locations in Dreamfall. While not a completely open world, the game contains several free-roaming exploration levels, such as Europolis and Marcuria, and rewards players for exploring the levels and finding secrets. The locations themselves change slightly as the story progresses to reflect the passage of time.

This video game is available for the following platforms: Microsoft Windows, OS X, Linux, PlayStation 4 and Xbox One.

The game had received PEGI 16 rating.