Watch the official trailer for Escape Plan: The Extractors 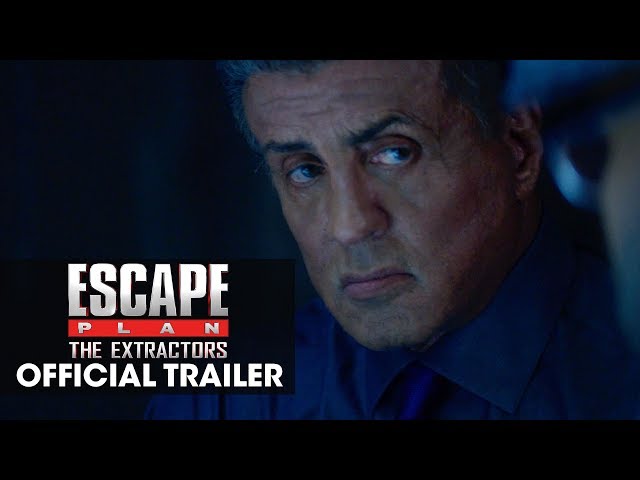 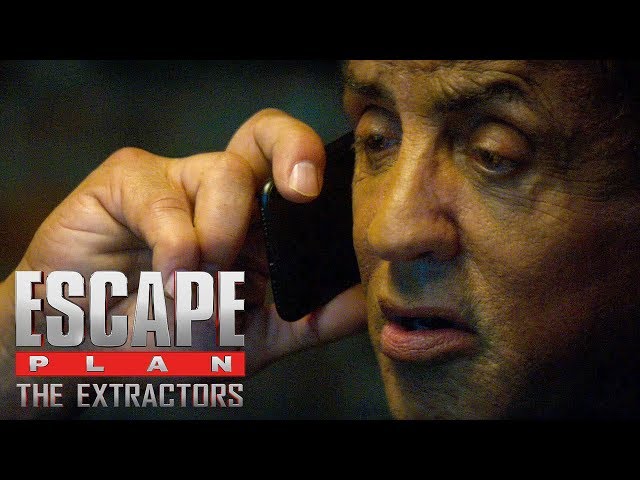 What is Escape Plan: The Extractors about?

After touring factory locations in Mansfield, Ohio for her father's company, Hong Kong-based Zhang Innovations, Daya Zhang (Melise) and her entourage are abducted by mercenaries despite her bodyguard & head of security Bao Yung (Harry Shum Jr.) attempting to fight them off. The kidnappers leave Yung, unconscious with a USB flash drive addressed to security expert Ray Breslin (Sylvester Stallone).
In Los Angeles, Breslin crosses paths with Shen Lo (Jin Zhang) a former bodyguard who used to work under Zhang Innovations; both men are on the trail of Daya's father Wu Zhang (Russell Wong), whose company is responsible for building covert prisons around the world. They meet with Breslin's associates - his girlfriend Abigail, Hush (50 Cent), and Jules (Lydia Hull) - when Yung arrives with the flash drive. It contains a video message from Lester Clark, Jr., Daya's kidnapper and the son of Breslin's corrupt former partner; in business with Zhang, Lester, Sr. betrayed Breslin and was sent to his death.
Breslin reaches out to Trent DeRosa (Dave Bautista), and they trace the video to a prison compound in Latvia known as "Devil's Station". Abigail is also abducted, and Wu, having arrived in Mansfield to meet with police, receives a video call from Lester. Seeking revenge for his father's downfall, Lester demands a $700 million ransom, and executes a hostage. Breslin, DeRosa, Jules, Shen, and Yung depart for Latvia to rescue Daya and Abigail.
When Lester threatens the prisoners, Daya's colleague Wong (Boyang Yang) agrees to give him access to Zhang's technology, but another hostage is killed. Hush surveils the prison by drone, and its thermal imaging camera reveals Lester has created his own black site. Breslin infiltrates the compound through the sewers while Shen and Yung approach the outer walls. Alerted to their presence, Lester leaves Daya atop the wall as bait. Shen tries to hold position and wait for Breslin after realizing its a trap, but Yung charges recklessly ahead against Shen's protests, and he and Shen are subdued by land mines and captured. Lester reveals the flash drive was a tracker that led his men to Abigail, and deduces that Shen and Daya are in love. He shoots Yung, and taunts Breslin by video call, cutting Abigail's throat.

Who's in the Escape Plan: The Extractors cast?

Here is the full cast and characters of Escape Plan: The Extractors.

When is Escape Plan: The Extractors released in cinemas?

What are Escape Plan: The Extractors film specifications?

The duration of the film is 96 minutes. With a budget of $3.6 million, the film grossed over $1.8 million (theaters) and $2.9 million (domestic video sales).

The film Escape Plan: The Extractors is rated with "R" rating.

What are critics and audiences saying about Escape Plan: The Extractors?

Escape Plan: The Extractors got low rating from critics.

Other sites about Escape Plan: The Extractors

More information about Escape Plan: The Extractors you can get at: