Everything, Everything is a 2017 American romantic drama film directed by Stella Meghie.

MGM on Thursday, February 16, 2017 released the trailer:
Everything, Everything | Official Trailer 🎥🎞 | MGM. 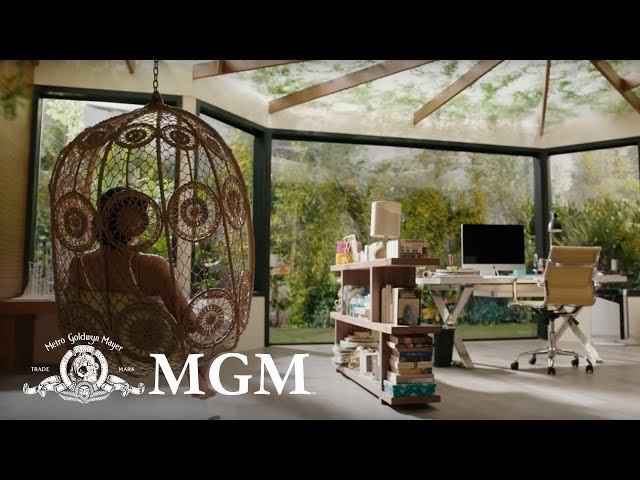 Eighteen-year-old Maddy is being treated for SCID, an immune disorder that prevents her from leaving her home and interacting with others. Her mother, Pauline Whittier, takes care of her with the help of her nurse Carla, who has taken care of Madeline for 15 years. Only Pauline, Carla and Carla's daughter, Rosa, are allowed in the home. Maddy yearns to see the world, particularly the ocean. One day, a new family moves next door, and their son, who is Maddy's age, catches her eye. They share a look as Maddy watches through the window. Later that night, while Pauline and Maddy are watching a movie, the boy and his sister appear on their doorstep, offering a bundt cake. Pauline politely rejects it, and as she is about to close the door, the boy asks where her daughter is. Pauline lies and tells him Maddy is not home. It is also revealed that the father of the boy is violent and their relationship is strained. Later, the boy writes his number on his window for Maddy and soon they begin communicating through text. He introduces himself as Olly, and they text for a while, getting to know each other and eventually growing very fond of each other. Knowing her mother would not approve, Maddy convinces Carla to secretly let Olly visit her inside the house, though Carla makes them promise to stay on different sides of the room from each other. She later invites Olly over for the Fourth of July, since her mother is working that day. Maddy and Olly share a passionate kiss as fireworks go off outside.

Everything, Everything got average rating from critics. But the audience likes the film. Audiences polled by CinemaScore gave the film an average grade of "A-" on a scale ranging from A+ to F.