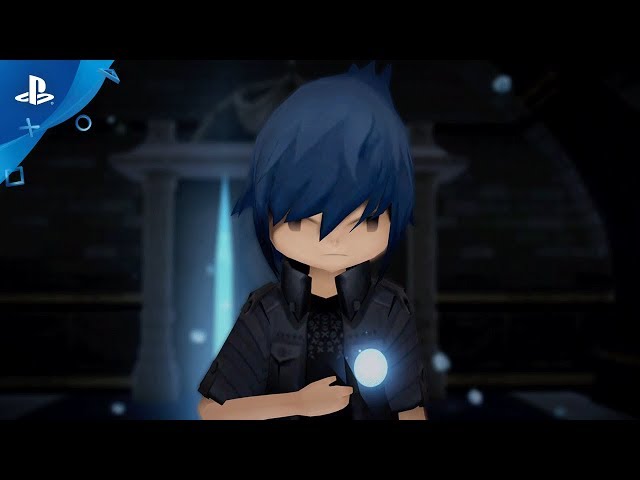 What is Final Fantasy XV: Pocket Edition about?

Pocket Edition plays as an abridged version of Final Fantasy XV, which was released for the PlayStation 4 and Xbox One in 2016. The game is played from a fixed camera angle, and similar to other touch screen role playing games, the character can be moved by selecting the location for the character to walk to, rather than with a D-pad control scheme. Additional sidequests unique to the game were added, including treasure hunting and fetch quests. Exploration and combat shifted from a behind the back view to an overhead perspective with simplified controls more suitable for playing on a touchscreen. Music and voice acting was mostly kept intact, while the graphics were given a makeover with "chibified" character designs.
The game follows the same plot as the original game, although it eliminates the open world of the original, in addition to many sidequests in favor of a more focused experience.
The game is divided into ten chapters; the first chapter is available for free, with the remaining nine being able to be purchased individually or as a whole with discounted pricing.

This video game is available for the following platforms: Android, iOS, Windows, PlayStation 4, Xbox One and Nintendo Switch.

More information about Final Fantasy XV: Pocket Edition you can get at: