How to Talk to Girls at Parties is a 2017 science fiction romantic comedy film directed by John Cameron Mitchell. 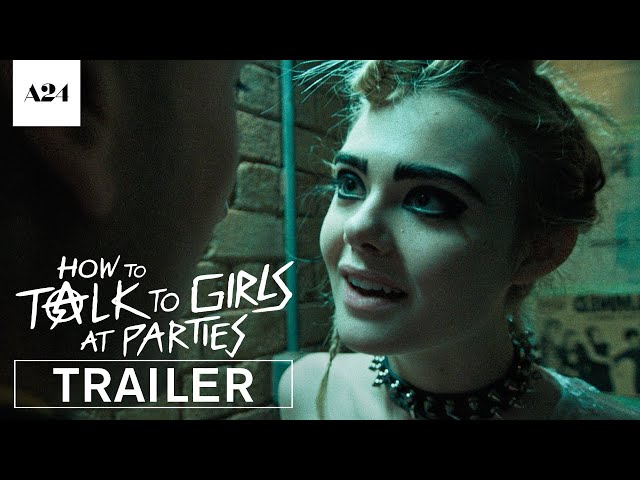 Young Enn and his best friends stumble upon a bizarre gathering of teenagers who are from another planet, visiting Earth to complete a mysterious rite of passage. That doesn't stop Enn from falling madly in love with Zan, a beautiful and rebellious alien who becomes fascinated with him. Together, they embark on a delirious adventure through the kinetic, punk rock world of 1970s London, inadvertently setting off a series of events that leads to the ultimate showdown between punks and aliens.

Principal photography began on November 9, 2015 in Sheffield, which would be standing in for London.

How to Talk to Girls at Parties got average rating from critics. The audience dislikes the film either.

Wikipedia: How to Talk to Girls at Parties (film)