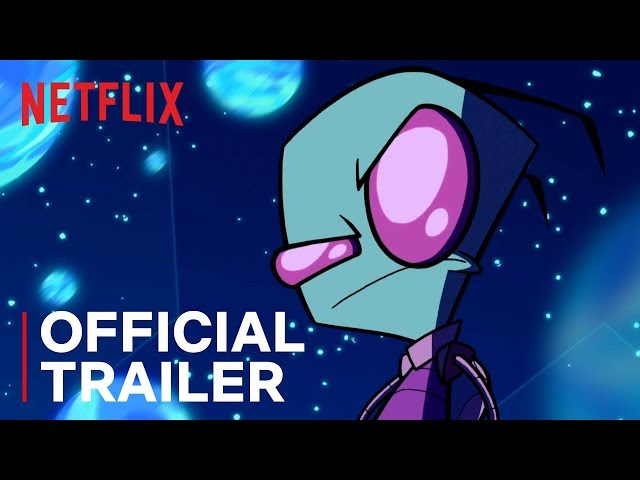 When Zim and GIR suddenly reappear on their lawn after months of absence, an obese Dib Membrane, who had been awaiting their return, confronts them. Zim reveals that his disappearance was part of a plan to make Dib physically unfit to oppose him, allowing Zim to begin Phase 2 of invading Earth. Zim contacts the Almighty Tallest to explain Phase 2 to them, but realizes he has forgotten what Phase 2 entails due to having been in hiding for so long. While Zim brainstorms Phase 2 plans, Dib gets back in shape. Dib's father, Professor Membrane, gives Dib a prototype Membracelet for Peace Day, meant to be revealed at his keynote address the next day. He expresses his disappointment in Dib's belief of aliens, and Dib gives up trying to convince his father to believe him. Dib finds Zim in a state of depression, having learned that the Irken Armada is light years away from Earth and that the Tallest have no interest in him or Phase 2. Zim accepts defeat and willingly gives himself up to Dib, who decides to present Zim to the world during Membrane's keynote address, hoping to gain his father's belief and approval. Dib brings Zim to his father's keynote and allows him to modify the prototype Membracelet to tap into a Livestream of the keynote. However, Membrane disappears and Zim takes control of the stage in disguise. Dib awakens the next day to find himself and his sister Gaz imprisoned in their own home guarded by Clembrane, Zim's attempt at a clone of Membrane. Dib learns that Zim has taken over Membrane's company and is selling modified Membracelets. As the Peace Day celebration begins, Zim orders every child on Earth to hold hands while wearing the bracelets. Once all the children hold hands, Zim uses Minimoose to teleport Earth to a part of space directly in the path of the Irken Armada, hoping to force the Tallest to visit him. Meanwhile, the Tallest, irritated by Zim's reappearance, plan to destroy him along with the Earth once they reach it.

The film Invader Zim: Enter the Florpus was scheduled to be released on August 16, 2019 by Netflix, Viacom Media Networks, Nickelodeon Network, CJ Entertainment and Paramount Pictures.

The duration of the film is 71 minutes.