Justice League vs. the Fatal Five is a 2019 American animated superhero film directed by Sam Liu. 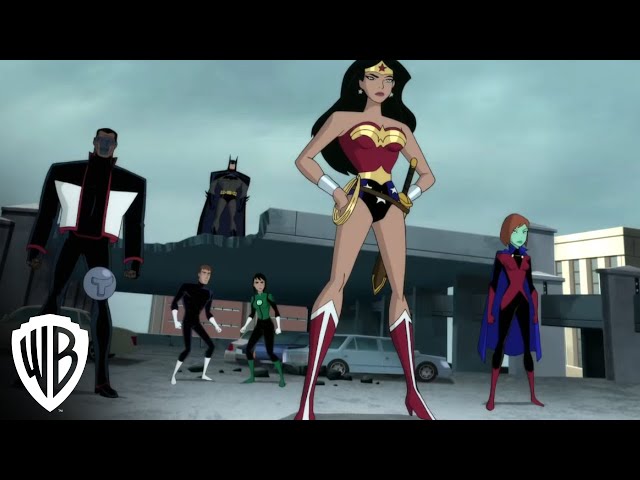 In the 31st century, Tharok, Persuader and Mano of the Fatal Five attack the Legion of Super-Heroes' headquarters for their time sphere. Star Boy, Saturn Girl and Brainiac 5 try to keep them back but fail. Just as the villains activate the sphere, Star Boy leaps at them and is taken along. Arriving in the 21st century above Earth, Star Boy triggers a boobytrap Brainiac 5 programmed, trapping the villains inside the sphere in a stasis field. Star Boy comes down in Gotham City while the sphere ends up in Metropolis. Star Boy discovers his supply of medicine, needed to stabilize his mind, was destroyed in his rough landing. As his medicine doesn't exist yet, Star Boy's increasingly erratic behavior gets him apprehended by Batman and sent to Arkham. The stasis-locked time machine is picked up by Superman and brought to the Justice League's headquarters for analysis. Ten months later, Jessica Cruz is struggling with the trauma of her near-death by a murderer who killed her friends, making her afraid to leave her apartment. Adding to her anxiety is that a Green Lantern ring chose her and that Wonder Woman keeps trying to recruit her into the Justice League. In Gotham, Miss Martian is trying to prove herself to Batman for membership in the League, but her inexperience works against her good intentions. While trying to unlock the secret of the strange sphere, Mister Terrific brings down the stasis field, freeing its occupants. Superman and Mister Terrific fight them, but Superman is wounded by Persuader's axe and the villains escape.

Justice League vs. the Fatal Five got high rating from critics. The audience also likes the film.