Watch the official trailer for Lean on Pete 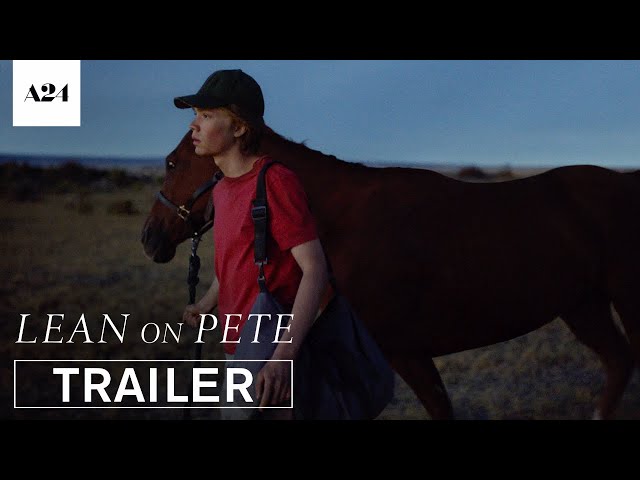 What is Lean on Pete about?

Charley (Charlie Plummer), a 15-year-old living with his single father, finds casual work caring for an aging racehorse named Lean On Pete. When his father dies, making him likely to go into care, and he learns Pete is bound for slaughter, Charley and the racehorse embark on an odyssey across the new American frontier in search of a long lost aunt.

Who's in the Lean on Pete cast?

Here is the full cast and characters of Lean on Pete.

When is Lean on Pete released in cinemas?

What are Lean on Pete film specifications?

The duration of the film is 121 minutes. With a budget of $8 million, the film grossed over $2.5 million.

The film Lean on Pete is rated with "R" rating.

What are critics and audiences saying about Lean on Pete?

Lean on Pete got high rating from critics. The audience also likes the film.

Other sites about Lean on Pete

More information about Lean on Pete you can get at: