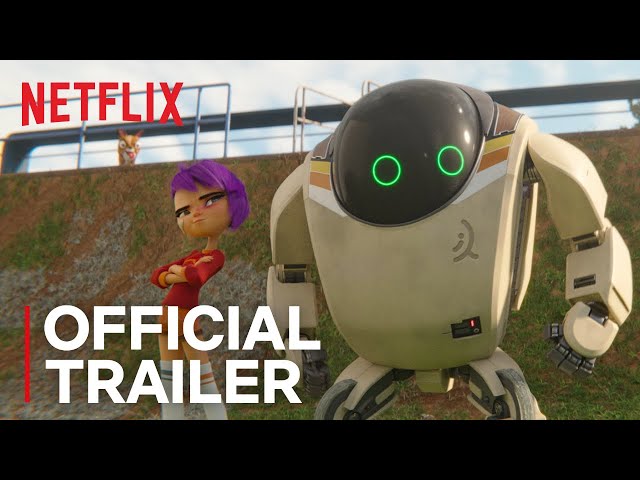 In the futuristic city of Grainland where robots are ubiquitous, a young girl named Mai lives with her mother, Molly, but when Mai's father leaves them for losing his job, Molly fills the void with robots, and Mai subsequently becomes ignored and hateful of robots. Now a teenager, she and Molly attend a product launch at the IQ Robotics headquarters. Mai, annoyed at Molly's ignorance, wanders off and stumbles upon a secret lab belonging to Dr. Tanner Rice, who's been working on an attack robot called 7723. Mai accidentally activates 7723, before being apprehended by security and returned to her mother. At the launch, Justin Pin, CEO of IQ Robotics, unveils the next generation of Q-Bots to the public with the promise to put "one in every home". Accompanied by his robot bodyguard, Ares, Pin meets with Rice at the assembly line, who expresses safety concerns regarding the Q-Bots, but Pin insists they are ready. Meanwhile, 7723 leaves the lab to find Mai, but causes a high-speed pursuit on an elevated freeway. The situation escalates as he uses his weapon systems, causing the police force to use deadly force in return, making him fall into the lowest levels of the city. When he awakens later, he finds the fall damaged his memory core, preventing him from keeping memories in the long term. The next day at school, Mai befriends a girl named Ani, before they are confronted by an athletic group of bullies led by Greenwood. When Mai retaliates by kicking a football into Greenwood's head, they attack Mai with help from their Q-Bots. Mai comes home with a black eye much to Molly's shock, but the two's strained relationship prevents any meaningful discussion, and so Mai runs to her room. Later that night when Mai goes outside to check on her dog, Momo, she finds 7723 in her backyard. She initially tries to dismiss him, but impressed by his weapons system, she allows him stay in the yard shed. 7723 reviews his memory bank and decides which memories to delete to make room for more.

The film Next Gen was scheduled to be released on September 7, 2018 (United States) by Netflix (Worldwide except China), Alibaba Pictures (China) and Wanda Group (China).

Next Gen got high rating from critics. The audience also likes the film.