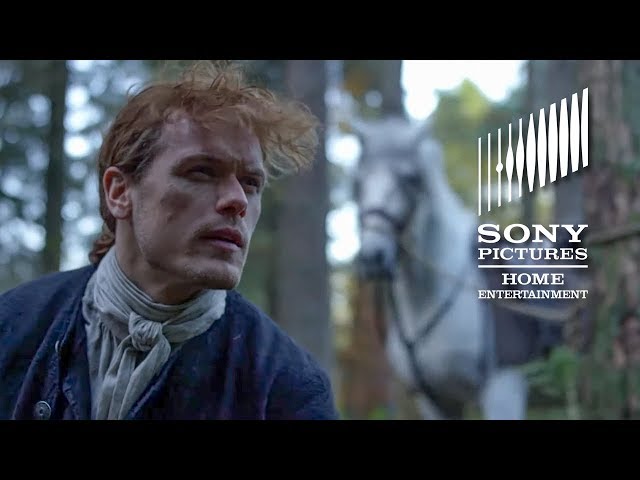 In 1946, former World War II nurse Claire Randall and her husband Frank are visiting Inverness, Scotland, when she is carried back in time to the 18th century from the standing stones at Craigh na Dun. She falls in with a group of rebel Scottish Highlanders from Clan MacKenzie, who are being pursued by English redcoats led by Captain Jonathan "Black Jack" Randall, Frank's ancestor. She marries a Highlander, Jamie Fraser, out of necessity, but they quickly fall in love. The Clan suspect her of being a spy, and retain her as a healer, preventing her from attempting to return to her own time. Knowing that the Jacobite cause is doomed to fail, Claire tries to warn against pursuing a rebellion. Jamie is captured and tortured by the sadistic Randall, but rescued by Claire and his clansmen. Claire and Jamie set sail for France. In Paris, Claire and Jamie try to thwart the Jacobites by subverting the funds that King Louis XV of France is likely to provide. Jamie becomes the confidante of Charles Stuart, but the Frasers fail to prevent the risings. Randall reappears in Paris, but Claire makes Jamie swear to keep him alive until Frank's ancestry is assured, which she achieves by convincing Randall to marry Mary Hawkins. Claire loses her baby, and she and Jamie return to Scotland. The Jacobites win the Battle of Prestonpans. Before the Battle of Culloden, Jamie convinces Claire, pregnant again, to return to the 20th century. Twenty years after Claire's return, Frank has died, and Claire takes her daughter Brianna to Scotland. Claire discovers that Jamie did not die at Culloden, and vows to return to him.

The average duration of each episode is 51 - 88 minutes. Country of origin: United Kingdom and United States. Original language: English and Scottish Gaelic.