Watch the official trailer for Overcomer 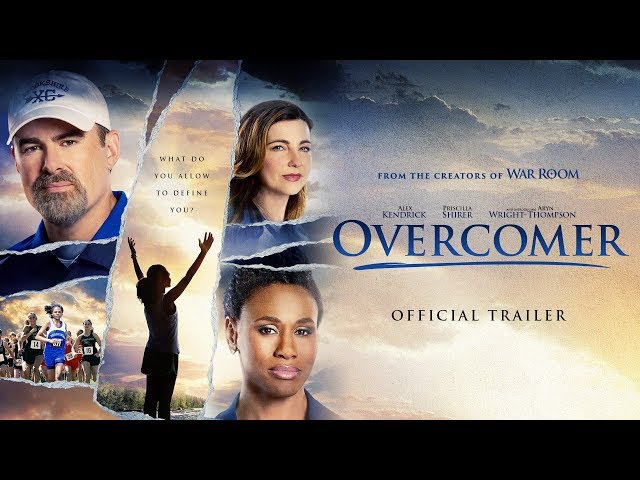 What is Overcomer about?

John Harrison (Alex Kendrick) is a basketball coach at a high school. Due to the manufacturing plant being moved to another city, all the good basketball players along with their families have to move too. He is told by school Principal Olivia Brooks (Priscilla C. Shirer) that the school is losing several teachers and coaches, and she needs him to coach cross country as she doesn't want the school to lose another program.
John agrees to be the running coach for Hannah Scott (Aryn Wright-Thompson) who is asthmatic. She lives with her grandmother and has been told that both her parents are dead. She also steals items from students at school and has a collection of them. One day, on his hospital visits to help pastor, John accidentally enters room of Thomas Hill (Cameron Arnett). Hill is blind and suffering from diabetic complications. Hill also used to be cross country runner. After couple of visits to see Hill, John finds out that Hill is Hannah's father. He also later finds out that the principal was Hannah's mother's friend and has been paying her tuition fees.
Hannah is told about her father and is taken to meet him. Though reluctant at first, she eventually accepts him and starts visiting him more. Through the process she self discovers herself and also strengthens her Christian faith and her belief in Jesus Christ as her father. Hannah returns all the stolen items and practices rigorously.
Day of the race, State Championship, Hannah is given ear buds and player by John who tells her to play it as the race begins. Through race, she hears her father's voice of coaching and encouragement which leads her to win the race and become the state champion.

Who's in the Overcomer cast?

Here is the full cast and characters of Overcomer.

When is Overcomer released in cinemas?

What are Overcomer film specifications?

The duration of the film is 119 minutes. With a budget of $5 million, the film grossed over $38 million.

The film Overcomer is rated with "PG" rating.

What are critics and audiences saying about Overcomer?

Overcomer got average rating from critics. Audiences polled by CinemaScore gave the film an average grade of "A+" on a scale ranging from A+ to F.

Other sites about Overcomer

More information about Overcomer you can get at: