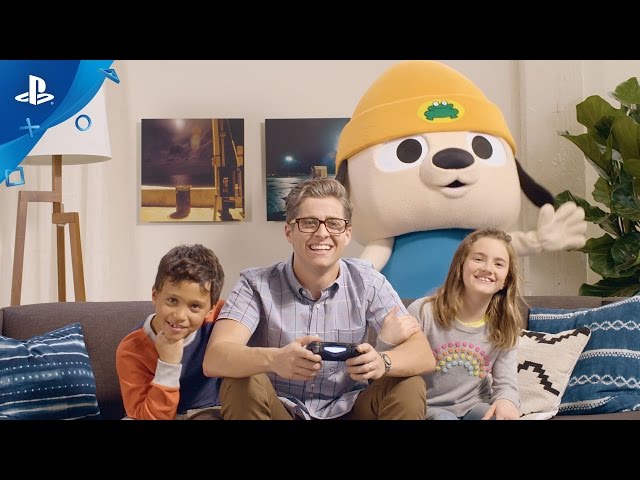 PaRappa the Rapper is a rhythm game in which the main character, Parappa, must make his way through each of the game's six stages by rapping. As the teacher raps, a bar at the top of the screen will appear, showing symbols that match up to the teacher's lyrics. The player must then make Parappa rap in response to the teacher by pressing the buttons with the correct timing to match the teacher's line. During gameplay, a "U Rappin'" meter determines the player's performance, ranking it as either Awful, Bad, Good or Cool. By consistently staying on beat, players will stay in the Good ranking area. If the player performs a bad line, a lower ranking will flash, and if the player performs badly twice in a row, he will drop to Bad, followed by Awful. To regain a higher ranking, the player must play well twice in a row to move up a rank. To clear a stage, the player must have a Good ranking by the end of the song. If the player ends the song on a Bad or Awful ranking, or drops below Awful ranking at any point in the song, they will fail the song and have to start over. After the game has been cleared once, the player can attempt to achieve a Cool ranking. This is achieved by freestyling in a manner different from the predetermined lyric. If the player performs a successfully impressive freestyle when the Cool rank is flashing, they will enter Cool mode. In this mode, the teacher will leave the stage, allowing the player to rap freely and earn some large points. If the freestyling fails to impress twice in a row, the teacher will return and gameplay will resume in the Good ranking. Ending the stage with a Cool rank often results in a special level ending, and clearing all stages on Cool Mode unlocks a bonus mode with characters Katy Kat and Sunny Funny.