Portrait of a Lady on Fire is a 2019 French historical drama film directed by Céline Sciamma. 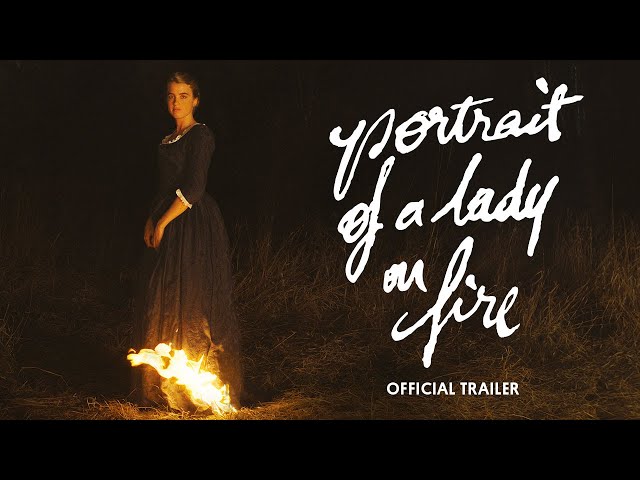 At the end of the eighteenth century, Marianne, a young painter, is teaching painting lessons. One of her students asks her about a painting of hers, which Marianne calls "Portrait of a Lady on Fire". Years prior, Marianne arrives on an isolated island in Brittany. She had been commissioned to paint a portrait of a young woman named Héloïse before Héloïse is married off to her dead sister's ex-fiancé. Her sister threw herself off of a cliffside before Marianne's arrival. Marianne is informed that Héloïse has previously refused to sit for portraits as she does not want to be married. Marianne acts as Héloïse's hired companion to be able to paint her in secret, and accompanies her on daily walks to memorize Héloïse's features. Marianne finishes the first portrait, but finds herself unable to betray Héloïse's trust and reveals her reason for arriving, along with the painting. Héloïse's mother is shocked to hear that Héloïse is willing to pose for Marianne over the next few days. While her mother leaves to Italy, Héloïse and Marianne's bond grows. One evening, Héloïse reads the story of Eurydice and Orpheus while debating the true reason why Orpheus looked behind him. The pair help Sophie, a maid, have an abortion, and later go to a gathering where women sing and dance. Héloïse's dress briefly catches on fire and she falls to the ground. Meanwhile, Marianne is haunted throughout the house by visions of Héloïse in a wedding dress. The next day, on their walk, Marianne and Héloïse go to a cave and share a kiss for the first time. That night, after Sophie goes to sleep, they passionately make love. Over the next few days, their romance grows stronger. However, it is cut short by the inevitable arrival of Héloïse's mother. Marianne sketch drawings of each of them to remember each other, and bid a short farewell. As Marianne emotionally runs out of the house, she hears Héloïse say "Turn around".

Wikipedia: Portrait of a Lady on Fire