Watch the official trailer for Robert the Bruce 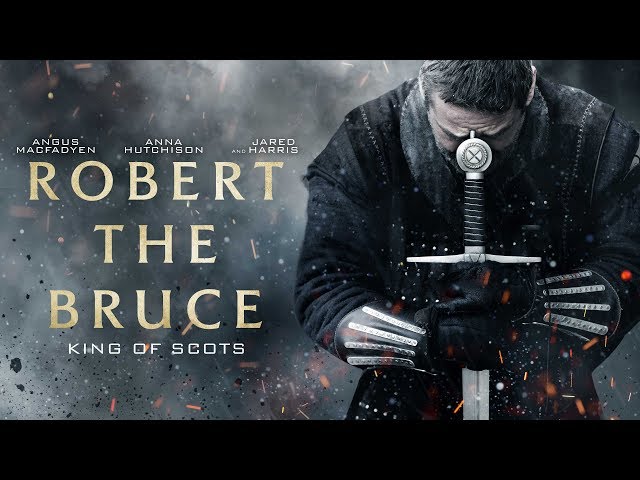 What is Robert the Bruce about?

Following a series of military losses, with his army in tatters and the success of his rebellion in doubt, Robert retreats from the battlefield. Alone, injured, and pursued by fortune-seekers intent on collecting a bounty placed on his head by King Edward of England, he finds refuge in the croft of a peasant woman and the three children in her care: a teenage nephew, a young niece, and her own son. They care for him, forging a powerful bond, even though their clan is aligned with England. This connection inspires Robert with a deeper understanding of the patriotism of ordinary Scots, which drives his passionate return to the national stage and, ultimately, to victory and independence.

Who's in the Robert the Bruce cast?

Here is the full cast and characters of Robert the Bruce.

When is Robert the Bruce released in cinemas?

The film Robert the Bruce was scheduled to be released on June 23, 2019 (Edinburgh) and on June 28, 2019 (United Kingdom) by Signature Entertainment, Metro International, Screen Media Films and levelFILM.

What are Robert the Bruce film specifications?

What are critics and audiences saying about Robert the Bruce?

Robert the Bruce got average rating from critics. IMDB rating is 5.4/10. Rotten Tomatoes rating is 44/100.

Other sites about Robert the Bruce

More information about Robert the Bruce you can get at: