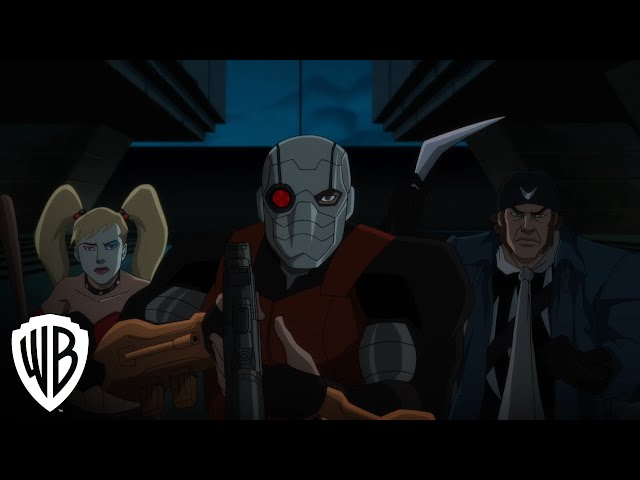 Following Ocean Master's defeat at the hands of the Justice League, Amanda Waller dispatches Task Force X, consisting of Floyd Lawton / Deadshot, Count Werner Vertigo, and the criminal couple Punch and Jewelee, to recover a flash drive containing leaked intelligence from Tobias Whale. The mission succeeds, but Vertigo and Jewelee betray the team and kill Punch. Having become lovers in jail, they plan to copy the flash drive and sell it. But Waller overhears everything through Deadshot's communicator. Waller detonates Vertigo's head bomb and Deadshot mercy-kills Jewelee when Waller prepares to detonate hers as well. In the present in Gotham City, Professor Pyg is kidnapped by Scandal Savage and Knockout for a "patient in need of medical attention". Waller discovers that she is diagnosed with a terminal illness and reassembles Task Force X with a new roster: Deadshot, Harleen Quinzel / Harley Quinn, Digger Harkness / Captain Boomerang, Crystal Frost / Killer Frost, Sameer Park / Copperhead, and Ben Turner / Bronze Tiger. Their mission is to find a man named Steel Maxum and retrieve a mystical black card emblazoned "Get Out of Hell Free." The team find Maxum in a male strip club but are confronted by Eobard Thawne / Professor Zoom, Siobhan Smythe / Silver Banshee, and Roland Desmond / Blockbuster. The squad escape with Maxum and learn he was Doctor Fate. He explains that the card allows the user to bypass Hell and gain access to Heaven, but it can only be used once. Scandal and Knockout stole the card from the Tower of Fate, which resulted in Maxum being stripped of his title by Nabu.

The film Suicide Squad: Hell to Pay was scheduled to be released on March 27, 2018 (Digital download) and on April 10, 2018 (Blu-ray and DVD) by Warner Bros. Home Entertainment, Warner Home Video and Warner Bros. Animation.

Suicide Squad: Hell to Pay got high rating from critics. The audience also likes the film.