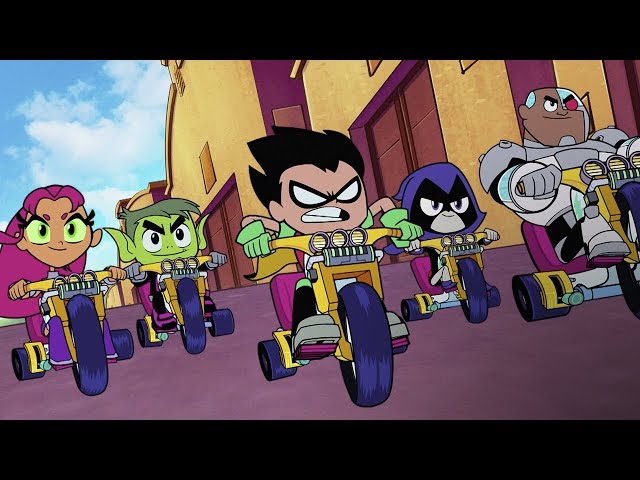 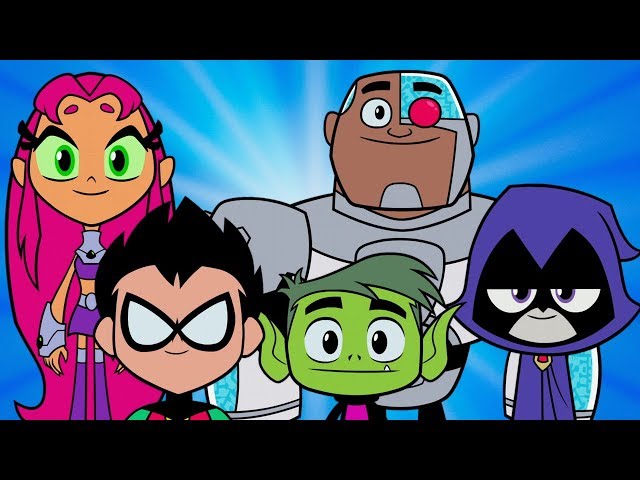 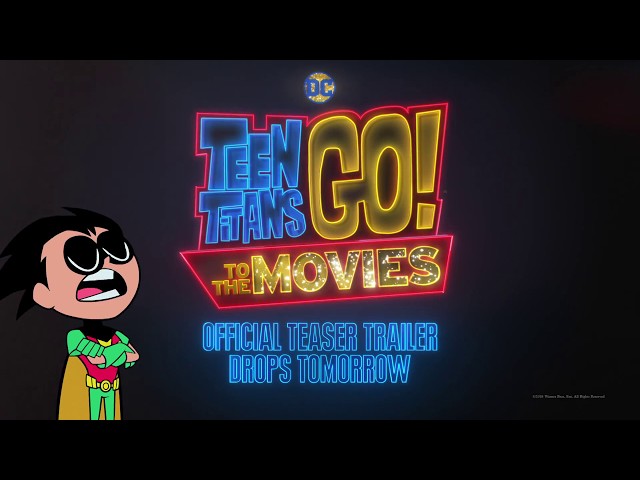 In Jump City, the Teen Titans arrive to stop Balloon Man. When he fails to recognize them, the Teen Titans jump into a rap song to introduce themselves ("GO!") and become distracted, forcing the Justice League - Superman, Green Lantern and Wonder Woman - to intervene. They criticize the Titans for their childishness and inability to take their positions as superheroes seriously, while raising the fact that they do not have a feature-length film to prove their legitimacy as superheroes. While at the premiere of Batman Again, Robin is mocked by the audience after a misunderstanding leads him to assume that there would be a film about him. At the rest of the team's suggestion, Robin resolves that in order to get a film made about him and the Titans, they need an arch-nemesis. Nearby, Slade breaks into S.T.A.R. Labs to steal a crystal. The Titans arrive and attempt to stop him, but he swiftly defeats and insults them. The next day, Beast Boy, Starfire, Cyborg and Raven create a film to cheer up Robin, but he turns it off prematurely and declares that they will go to Hollywood to have a film made about them ("Upbeat Inspirational Song About Life"). Upon arriving at Warner Brothers Studios, they encounter director Jade Wilson, who is responsible for all the Superhero films being made. She turns down the Titans' request to be in a film ("My Superhero Movie"), explaining that the only way she would make one about them is if they were the only superheroes in the world. The Titans take her words literally, and go back in time to prevent the origins of the other superheroes ("Crystals" and "Back in Time"), but this only ends up ruining the present, forcing the Titans to go back in time again and undo their blunder.

Teen Titans Go! To the Movies got high rating from critics. The audience also likes the film. Audiences polled by CinemaScore gave the film an average grade of "B+" on a scale ranging from A+ to F.