Watch the official trailer for The After Party

Netflix on Monday, August 06, 2018 released the trailer:
The After Party | Official Trailer | Netflix. 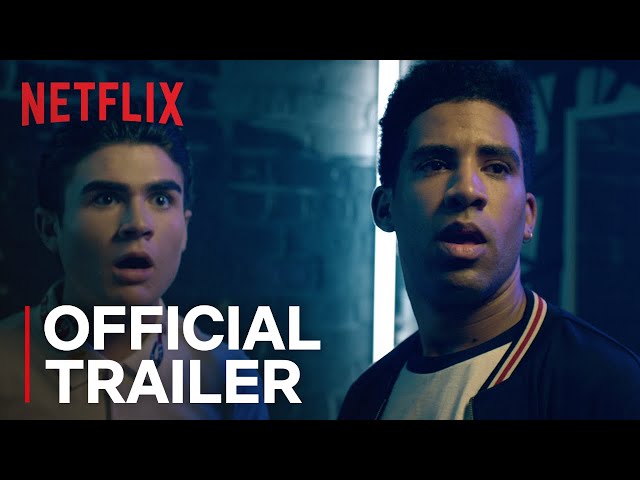 What is The After Party about?

Aspiring rapper Owen (Kyle) and his manager/childhood friend Jeff (Harrison Holzer) find Rahmel (Stephen Rider) in a bathroom stall and rap to him, hoping for a record deal. The person in the bathroom stall turns out to be not Rahmel but his intern, Bernard (Jordan Rock). Jeff convinces Bernard to get Rahmel to come to their next show in exchange for producer credit on their next album.
When coming home from high school, Owen runs into Jeff's sister, Alicia (Shelley Hennig), and invites her to his next show. Jeff invites his father to Owen's next show, who tells him he needs to focus more when he gets to Harvard. Owen is talking to his father backstage before the show to calm his nerves when Jeff tells Owen that he wishes his father would be more supportive of him. They meet Bernard, who brought Wiz Khalifa instead of Rahmel. They smoke weed with Wiz Khalifa before Owen performs onstage. Owen performs well onstage, but throws up on Wiz Khalifa and has a seizure. The video of Owen's seizure goes viral and is called "Seizure Boi". Believing his chance at success is over, he decides to join the Marines. Soon he quickly rethinks this decision, and finds it in him to chase his dream one last time.

Who's in the The After Party cast?

Here is the full cast and characters of The After Party.

When is The After Party released in cinemas?

The film The After Party was scheduled to be released in 2018 by Netflix.

What are The After Party film specifications?

The After Party filming. Principal photography began in September 2017.

What are critics and audiences saying about The After Party?

The After Party got average rating from critics. IMDB rating is 5.8/10. But the audience loves the film.

Other sites about The After Party

More information about The After Party you can get at:

IMDB: The After Party

Wikipedia: The After Party (film)