The Art of Racing in the Rain (film, 2019). A 2019 American comedy-drama film with "PG" rating. Directed by Simon Curtis. Official Trailer. The Art of Racing in the Rain is a 2019 American comedy-drama film directed by Simon Curtis. 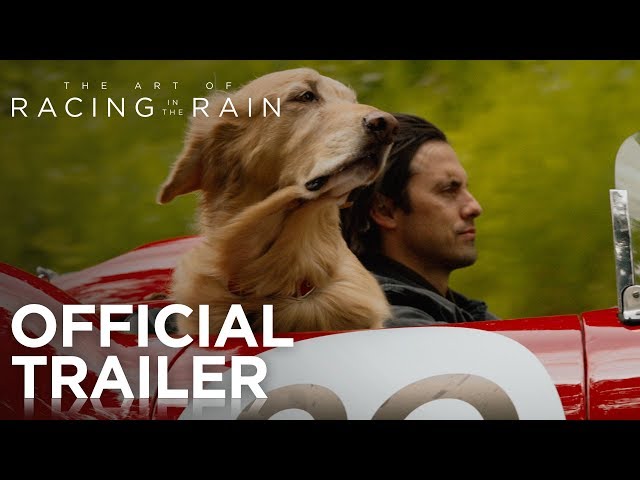 In Seattle, Enzo (voiced by Kevin Costner), an old Golden Retriever, is dying. He is waiting for Denny (Milo Ventimiglia), his master and best friend to return home. Denny arrives but finds Enzo unable to move, as Enzo begins to narrate his life. Years prior, Denny decides to purchase a puppy and immediately bonds with Enzo. Denny divides his time between teaching auto racing and caring for Enzo, while also pursuing a career as a race driver. A year later, Denny meets Eve (Amanda Seyfried) while grocery shopping and the two begin to date. Denny and Eve are eventually married much to the dismay of Eve's parents, Maxwell (Martin Donovan) and Trish (Kathy Baker), who do not approve of Denny's career choice. Eve soon discovers that she is pregnant while Denny receives an invitation to an important endurance race in Daytona with Team Penske, which takes place close to Eve's due date. She later gives birth to a daughter named Zoe (Ryan Kiera Armstrong), with Denny unable to attend the birth. A few years pass and family life is idyllic for Enzo, while Denny spends prolonged periods away from home to race. Eve begins to fall seriously ill and Enzo can smell a distressing 'rotting wood' odour coming from her head. She is diagnosed with brain cancer and lives with her parents while receiving treatment. Resigned to her fate, Eve admits to Enzo that she is no longer afraid of death and passes away while he watches on. Maxwell, who blames Denny's absence for Eve's illness, demands custody of Zoe and threatens to sue if Denny does not comply. Furious, Denny attempts to leave before being grabbed by Maxwell, who falls and breaks a rib in the resulting scuffle. Seeing the opportunity to take the upper hand in the case, Maxwell reports the incident to the police and Denny is arrested for 4th-degree assault, causing him to lose custody of Zoe for an initial 90 days. If he loses the case, Denny faces losing custody of his daughter permanently, plus a 3-month jail sentence.

Principal photography began on May 9, 2018 in Vancouver, British Columbia.

The Art of Racing in the Rain got average rating from critics. Audiences polled by CinemaScore gave the film an average grade of "A-" on a scale ranging from A+ to F.

IMDB: The Art of Racing in the Rain

Wikipedia: The Art of Racing in the Rain (film)