The Art of Self-Defense is a 2019 black comedy thriller film directed by Riley Stearns.

Bleecker Street on Wednesday, May 22, 2019 released the trailer:
THE ART OF SELF DEFENSE | Official Trailer. 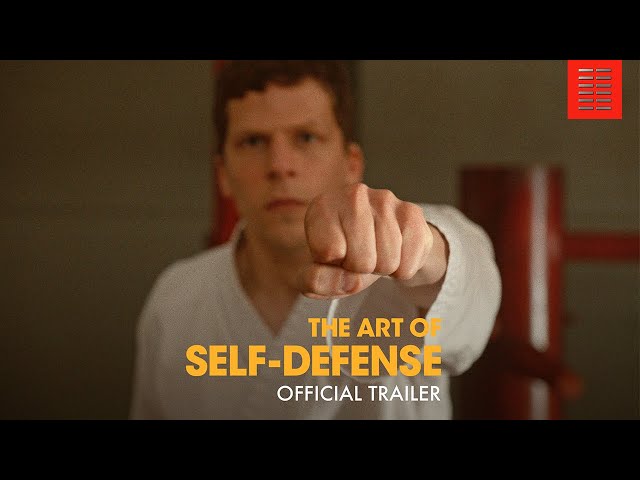 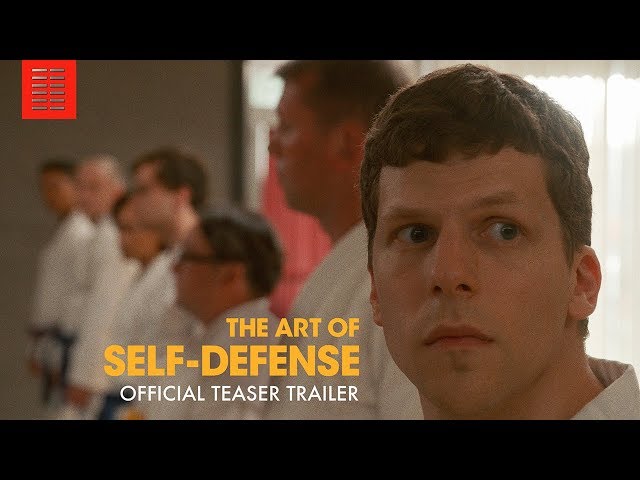 Casey Davies is a timid accountant who does not seem to fit in with his work environment. While given time off to recuperate from an assault by a motorcycle gang, he grows insecure and strongly considers purchasing a firearm for protection. But when he comes across a karate dōjō, presided by "Sensei", Casey takes advantage of a free trial class, opting to take further day classes rather than purchase a firearm. Casey meets Anna, a brown belt (and the only female student of the dōjō) who teaches the children's classes, and befriends Henry, a blue belt student. With time, Casey begins to perform well enough to catch the attention of his classmates and Sensei. He earns a promotion to a yellow belt, but both Anna and Henry are snubbed for their next ranks. Casey reveals to Sensei that he is taking the classes in response to the trauma of being attacked by the motorcycle gang. Sensei invites Casey to the dōjō's night classes, which are more extreme and brutal than the regular classes, and encourages him to listen to heavy metal music (rather than his preferred "adult contemporary") to become more masculine. After a two month absence from his accounting job, Casey returns as a more assertive employee. His alpha male attitude leads to him impressing his cocky co-workers and throat-punching his boss, which gets him fired. At Casey's first night class, Henry attends uninvited, but when he is called upon to help demonstrate, Sensei breaks his elbow at the joint and expels him from the dōjō. During a sparring session, Anna brutally beats Thomas, the newly promoted black belt student, aiming to prove her skill to Sensei despite her gender, which Sensei claims disqualifies her from earning a black belt.

The film The Art of Self-Defense was scheduled to be released on March 10, 2019 (SXSW) and on July 12, 2019 (United States) by Bleecker Street Media, Pacific Northwest Pictures and Universal Sony Pictures Home Entertainment.

The duration of the film is 104 minutes. The film grossed over $2.4 million.

The Art of Self-Defense got high rating from critics.

IMDB: The Art of Self-Defense