The Death of Dick Long is a 2019 black comedy-drama film directed by Daniel Scheinert. 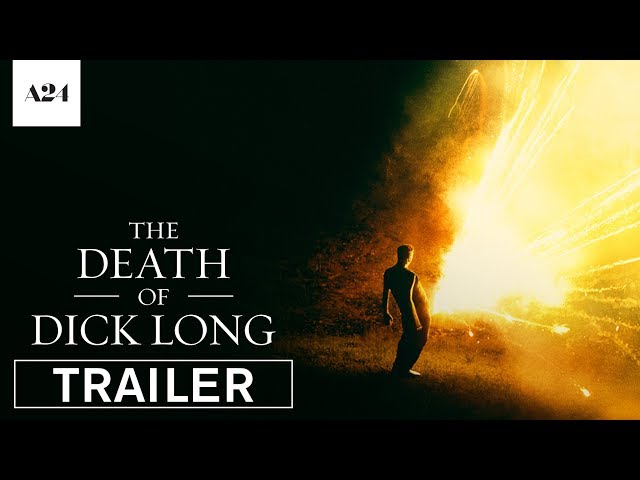 The film begins with friends Dick Long, Zeke Olsen, and Earl White carousing: playing loud rock music, shooting off fireworks, and pulling pranks on one another. The night turns deadly serious when Dick ends up sustaining severe injuries and his friends dump him in front of an emergency room. The cause of his wounds is unexplained. Earl returns to his home and loads up his truck with several of his possessions, telling friend and casual love interest Lake that he has to leave town for a family emergency but rather than skip town immediately, he briefly attends a shift at his warehouse job. Zeke gets a shower and quietly sneaks into bed, fooling his wife Lydia into thinking he had been asleep. She asks him to drive their daughter Cynthia to school. He agrees and when Lydia asks him for some cash, he inadvertently pulls Dick's wallet out of his pocket: he and Zeke took it off of him as he laid unconscious. He takes out the driver's license and puts it on the counter and quickly gets Cynthia down to the garage. Before they leave, he realizes that his backseat is covered in blood and he covers it with a sheet. As the two men begin their day, Dr. Richter - the physician who discovered Dick lying outside the hospital where he works - calls the local police department. The man has died overnight from severe anal wounds and he suspects that there was a sex crime involved. Zeke stops off at a gas station and inside the store, Cynthia interacts with Officer Dudley. As the child tells her that her father found a wallet that he should return, Zeke notices that the blood in the backseat has soaked through to Cynthia's dress. He runs inside to keep the police officer from seeing and gives her the wallet. The two quickly leave and Zeke calls Earl to tell them that they have to meet immediately.

The Death of Dick Long got high rating from critics.

IMDB: The Death of Dick Long

Wikipedia: The Death of Dick Long