Watch the official trailer for The Happytime Murders

STX Entertainment on Monday, August 13, 2018 released the trailer:
The Happytime Murders | "For Your Consideration" Trailer | Own It Now on Digital HD, Blu-Ray & DVD. 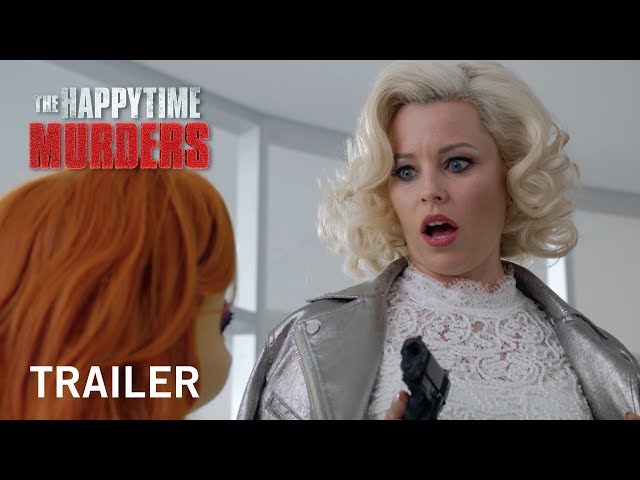 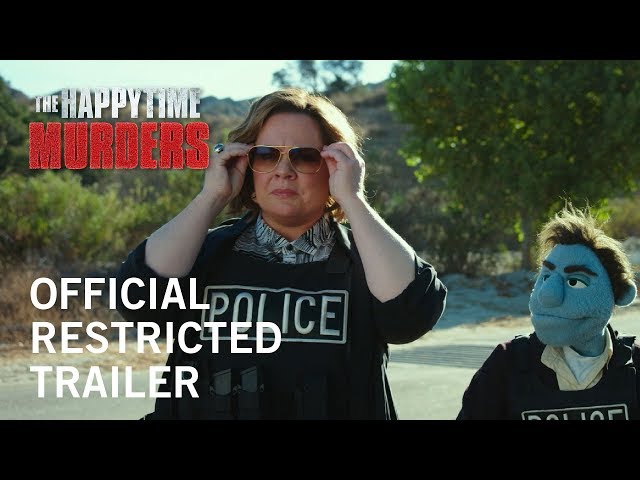 What is The Happytime Murders about?

In a world where puppets coexist with humans but are treated as second-class citizens, Phil Phillips (Ryan Tran) was the first puppet cop on the Los Angeles Police Department (LAPD) before being fired. Now a private detective with a human secretary Bubbles (Maya Rudolph), he is hired by puppet client Sandra to find out who has been blackmailing her. Phil investigates a lead at a puppet-owned porn shop. While he checks their records in the back, an attacker kills everyone else present including Mr. Bumblypants, a cast member of the beloved puppet television sitcom The Happytime Gang that was due to go into syndication.
The LAPD arrives and Phil meets with his former partner Detective Connie Edwards (Melissa McCarthy). Twelve years prior, Edwards was being held at gunpoint by a puppet perpetrator. Phil tried to shoot him, but missed and hit an innocent puppet killing him in front of the puppet's young daughter. Edwards testified against Phil and a law was enacted preventing puppets from being cops. In the present, Edwards believes it was a robbery gone wrong. Phil believes it was murder, since no money was taken. That night, Phil's brother Larry "Shenanigans" Phillips (Victor Yerrid), a former Happytime Gang cast-member, is torn apart when someone lets dogs into his house. Phil reluctantly joins forces with Edwards to find the killer.
The two track down former Happytime Gang cast-member Lyle (Kevin Clash) only for him to be killed in a drive-by shooting in front of Phil. Phil goes to see Jenny (Elizabeth Banks), the only human Happytime Gang cast-member and his former girlfriend, at a puppet strip club where she works. Phil is unable to protect her when her car explodes. The police see Phil leaving the scene and believe him to be responsible for the murders.

Who's in the The Happytime Murders cast?

Here is the full cast and characters of The Happytime Murders.

When is The Happytime Murders released in cinemas?

What are The Happytime Murders film specifications?

The film The Happytime Murders is rated with "R" rating.

What are critics and audiences saying about The Happytime Murders?

The Happytime Murders got average rating from critics. IMDB rating is 5.4/10. Rotten Tomatoes rating is 24/100. The audience dislikes the film either. Audiences polled by CinemaScore gave the film an average grade of "C-" on a scale ranging from A+ to F.

Other sites about The Happytime Murders

More information about The Happytime Murders you can get at: