Watch the official trailer for The Holiday Calendar 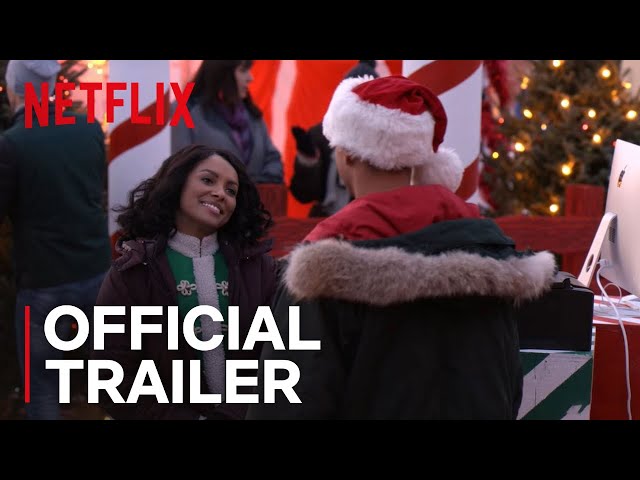 What is The Holiday Calendar about?

Abby (Kat Graham) Reilly, a struggling photographer (Kat Graham) receives an Advent calendar from her grandfather. Abby isn't impressed at first as she sees it as a boring calendar, but she decides to take it home anyway. The Calendar opens up on December 1, which reveals to Abby that it is magical. Once what is inside makes what happens with the real life item and Abby believes that the calendar is magical. One day, Abby opens a day that reveals a candy cane. When Abby visits her friend Josh (Quincy Brown), she tries to tell Josh that the calendar is magic, which makes Josh believes after he gives her a pair of boots and the calendar gave her boots.
Meanwhile, Josh has been away around the world to focus on his photography and has come back to see Abby.
Still in the early days of December, Abby receives a Christmas tree in her calendar, which later makes her swoon after meet a guy named Ty Walker (Ethan Peck) after his tree falls off of the roof of his car. The two end up getting along and agree to go on a date. Abby tells Josh that Ty asked her out, which makes Josh a little jealous. Meanwhile, Abby also gets a call that people are asking for her to be the photographer for the upcoming nutcracker play. Abby happily accepts as all she has ever wanted is to be a photographer.
Abby continues dating Ty, which Josh is struggling with, especially when a co-worker thought that Josh was "Abby's guy", but Josh tells him that he is just her friend, nothing more. Ty continues to whoo Abby with a romantic carriage ride around the city, which just so happens to be hours after the calendar gives her a carriage. Meanwhile, after dating Ty for about a month, Abby questions Ty about both his activities and her calendar and gets angry about his response and she breaks up with him.

Who's in the The Holiday Calendar cast?

Here is the full cast and characters of The Holiday Calendar.

When is The Holiday Calendar released in cinemas?

The film The Holiday Calendar was scheduled to be released on November 2, 2018 by Netflix.

What are The Holiday Calendar film specifications?

What are critics and audiences saying about The Holiday Calendar?

The Holiday Calendar got average rating from critics. IMDB rating is 5.7/10. Rotten Tomatoes rating is 33/100. The audience dislikes the film either.

Other sites about The Holiday Calendar

More information about The Holiday Calendar you can get at: