Watch the official trailer for The Kindergarten Teacher 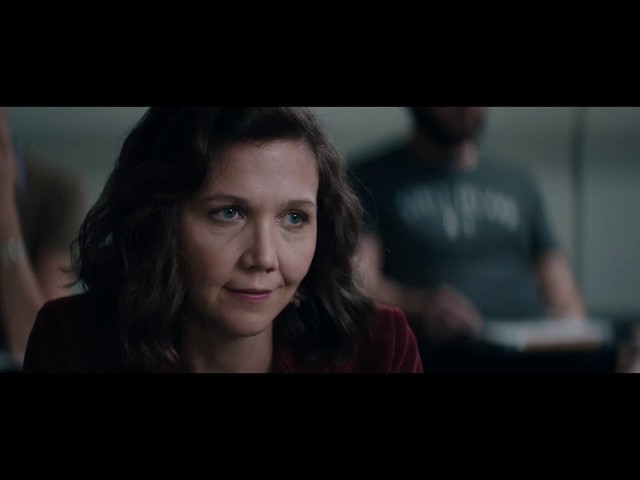 What is The Kindergarten Teacher about?

Lisa Spinelli (Maggie Gyllenhaal), a kindergarten teacher from Staten Island, is struggling with feelings of dissatisfaction in her life. She is in a loving yet passionless marriage with her husband Grant (Michael Chernus), and her teenage children, Josh (Sam Jules) and Lainie (Daisy Tahan), are distant with her. Lisa attends a poetry class every week, led by Simon (Gael García Bernal), but her poetry is dismissed as derivative. One of Lisa's students, Jimmy (Parker Sevak), is routinely picked up late from school by a babysitter. One day, Lisa overhears Jimmy reciting a poem he wrote while he is waiting to be picked up. Lisa reads the poem at her poetry class, where her classmates and Simon are struck by it and compliment Lisa on her talent. Lisa decides that Jimmy is a prodigy, and begins to dedicate her time to nurturing his talent.
Lisa asks Jimmy's babysitter, a part-time actress named Becca (Rosa Salazar), to write down the poems that Jimmy recites. Becca complies, but Lisa begins to feel that Becca treats Jimmy like a baby and that she is obstructing his ability to grow into his talent. Lisa gives Jimmy her phone number and tells him to call her anytime that he has a poem. Simon invites Lisa to meet him, and tells her about a poetry reading in Manhattan, where she will have to read two of her poems in front of an audience. Lisa and Simon have sex, with Simon's attraction to Lisa being a byproduct of what he believes to be her unique artistic genius.
Lisa meets Jimmy's father Nikhil (Ajay Naidu) and tells him about Jimmy's poetry. Although Nikhil is happy about his son's intellect, he wants Jimmy to have a normal, practical life. Lisa encourages Nikhil to fire Becca and offers to watch Jimmy for a few hours after school every day, which Nikhil gratefully accepts. One night, despite Nikhil's request that Jimmy be taken to baseball practice, Lisa takes him to the poetry reading instead, where his poetry is well-received. Simon, however, is upset that Lisa lied about writing the poetry, and tells her to leave the class. Lisa and Jimmy return home late, and Lisa puts Jimmy to bed on her couch. The next day, Nikhil calls Lisa, angry at her for lying about the poetry reading and for not bringing him home afterwards, and informs her he will be taking Jimmy to another kindergarten.

Who's in the The Kindergarten Teacher cast?

Here is the full cast and characters of The Kindergarten Teacher.

When is The Kindergarten Teacher released in cinemas?

What are The Kindergarten Teacher film specifications?

The film The Kindergarten Teacher is rated with "R" rating.

What are critics and audiences saying about The Kindergarten Teacher?

The Kindergarten Teacher got high rating from critics. IMDB rating is 6.7/10. Rotten Tomatoes rating is 92/100. The audience also likes the film.

Other sites about The Kindergarten Teacher

More information about The Kindergarten Teacher you can get at: