The Last Black Man in San Francisco is a 2019 American drama film directed by Joe Talbott. 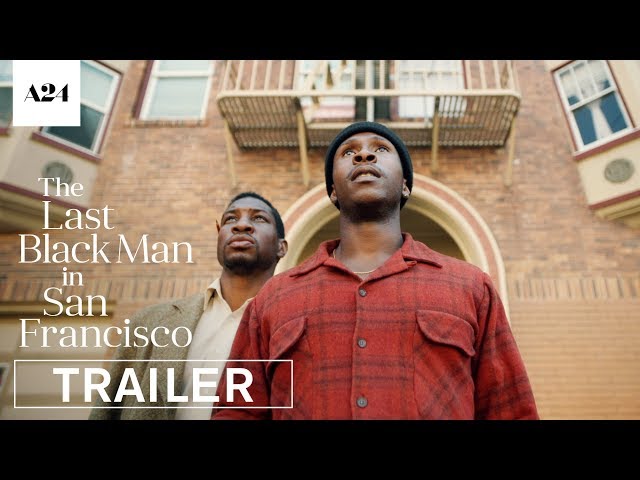 Jimmie Fails is a young man living in Bayview-Hunters Point, San Francisco. He spends his time wandering around town with his best friend Montgomery "Mont" Allen, who he also lives with, along with Mont's grandfather. Jimmie waits for the bus with Mont every day, during which they see various states of change in the city and protesters trying to stop it. The two then skate to a Victorian house in the city's Fillmore District that Jimmie grew up in and says was built by his grandfather in 1946. The home is currently occupied by an older couple, and Jimmie often laments to Mont about how the couple doesn't take care of the house while doing his best to remodel it himself. One day, Jimmie and Mont visit the house only to find the woman crying on her husband's shoulder and movers taking the couple's things. Jimmie and Mont go to a local realtor, who informs them that the woman's mother had died and now she and her sister are fighting over the house. They use this opportunity to visit the now vacant house and be free to finally re-explore the house in its entirety. Deciding to take up residence, the pair visit Jimmie's aunt Wanda, who gives them the interior decorations that they had when living there. Jimmie and Mont ride back to the home with the help of Wanda's husband, Ricky, and unpack the items, displaying them throughout the house. One night, Mont invites Kofi, a childhood friend of Jimmie's and his, to the house, and the three enjoy a night of relaxation. However, the next day, Kofi says hurtful things to Jimmie about his father to appear dominant after being called "feminine" by his friends. Jimmie and Mont later find out from Kofi's friends that he has been killed by a man he had a scuffle with. At the same time, the pair find that their possessions have been thrown out of the house and left on the sidewalk, in addition to a sign posted by the realtor they went to earlier. Feeling betrayed, Jimmie fights back by putting all of it right back in. Mont, however, goes to the realtor, who reveals that the house wasn't built by Jimmie's grandfather, and has the deed to prove that it was actually built in the 1850s.

The duration of the film is 120 minutes. The film grossed over $4.5 million.

The Last Black Man in San Francisco got high rating from critics.