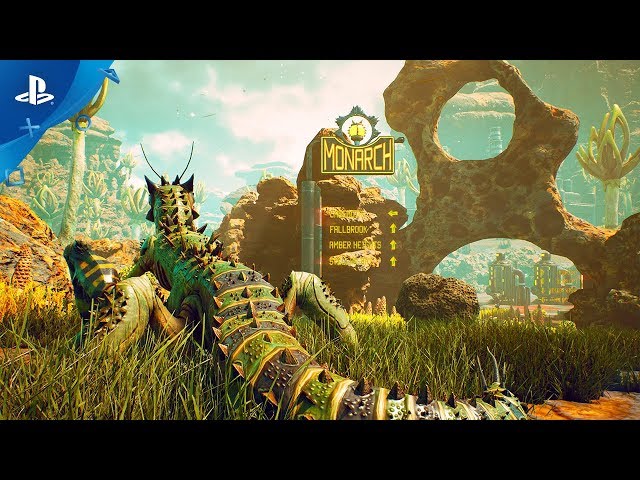 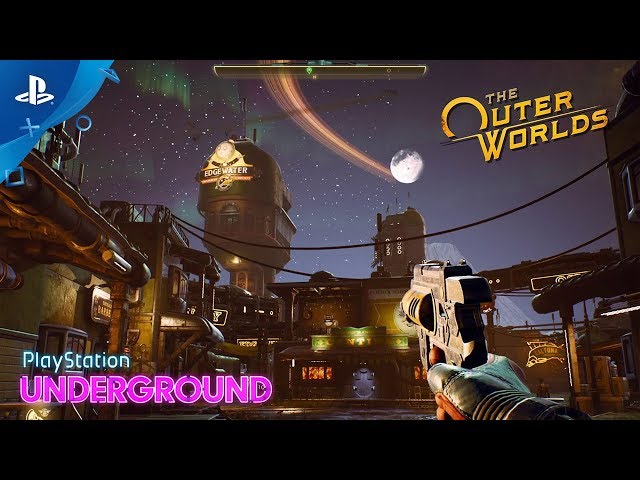 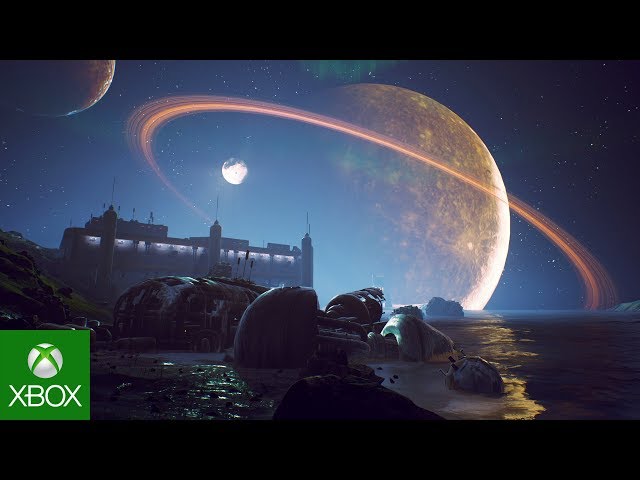 The Outer Worlds is an action role-playing video game featuring a first-person perspective. In the early stages of the game, the player can create their own character and unlock a ship, which acts as the game's central hub space. Though the player cannot control their ship directly, it serves as a fast travel point to access different areas in the game and acts as the player's persistent inventory space. The player can encounter and recruit non-player characters as companions who have their own personal missions and stories. When accompanying the player, the companions act as an aid in combat. Each companion has its own individual skills and special attacks, and it can also develop its own skill specialization. When exploring, the player can bring up to two companions alongside them, while the rest stay on the ship. The player can make numerous dialogue decisions, which can influence the game's branching story. They can also respond to NPCs in various ways, such as acting heroically, maniacally, or moronically. During combat situations, the player can use various weapon types such as melee and firearms, which have three ammo types: light, heavy and energy. These weapons can be customized to add elemental damage. The player can use stealth or social skills (persuasion) to avoid combat altogether. As the player progresses, they gain experience points, which the player and their companions can use to level up and unlock new skills. The player can develop their technical skills, which are further divided into three categories: Science, Medical, and Engineering. For instance, the player can use a shrink ray to shrink down an enemy. The player is able to invest points into these skills, which will unlock new perks that enhance combat efficiency. The player can also enter a "Tactical Time Dilation" state, which slows down time and reveals opponents' health statistics, which grants the player tactical advantages. As the player leads their companions, they improve their companions' combat strength and resilience. The player can also gain a "flaw" that occurs when the player fails repeatedly in certain gameplay segments. Flaws impede the player in some way, but also give additional perks and advantages.

The Outer Worlds was scheduled to be released on October 25, 2019 (worldwide) and in 2020 by Private Division and Obsidian Entertainment.