Watch the official trailer for The Secret Life of Pets 2

Illumination on Thursday, May 16, 2019 released the trailer:
The Secret Life Of Pets 2 - The Final Trailer . 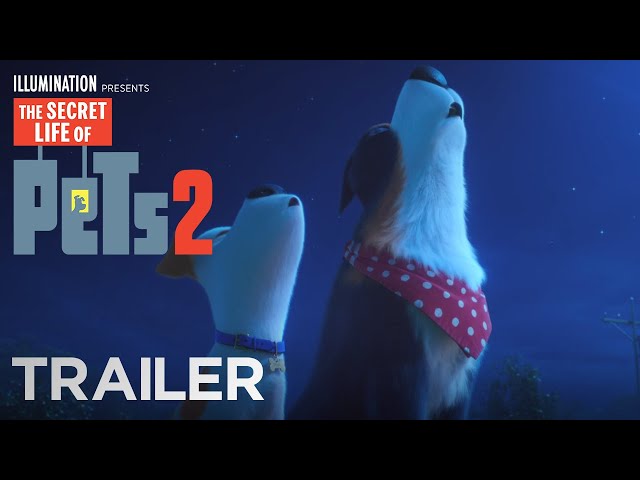 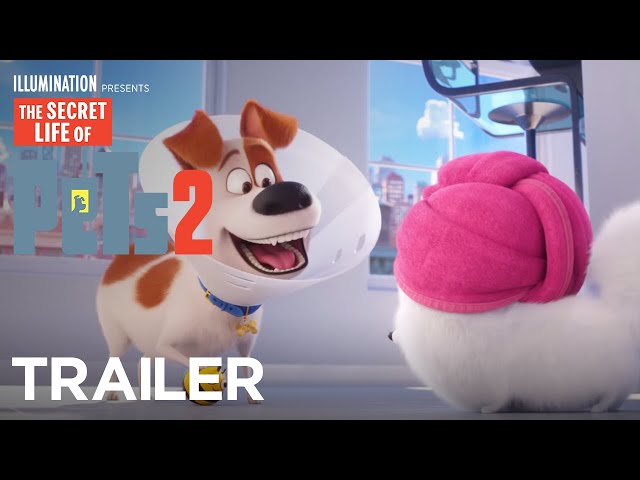 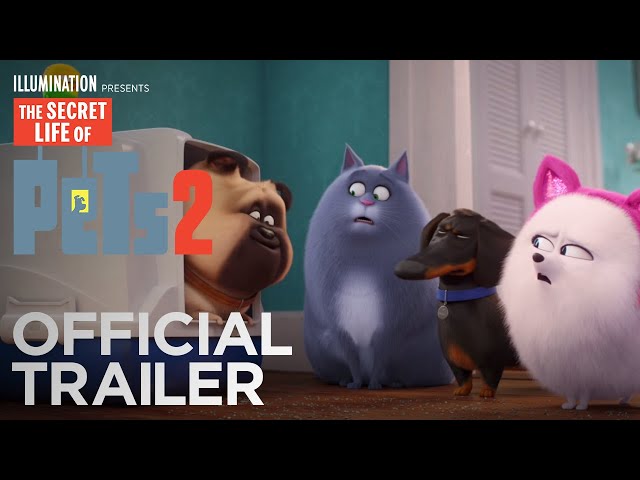 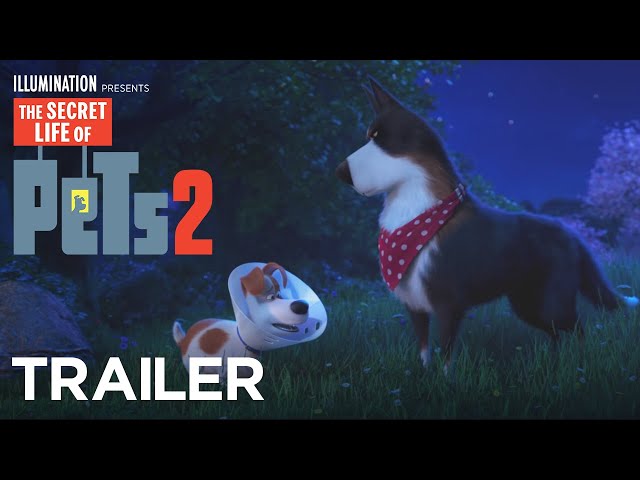 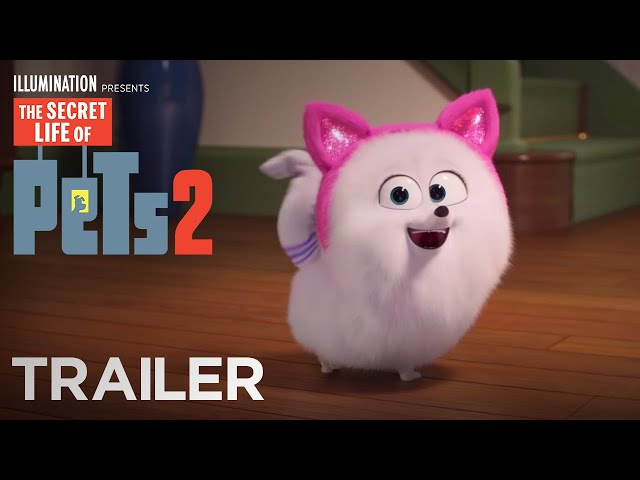 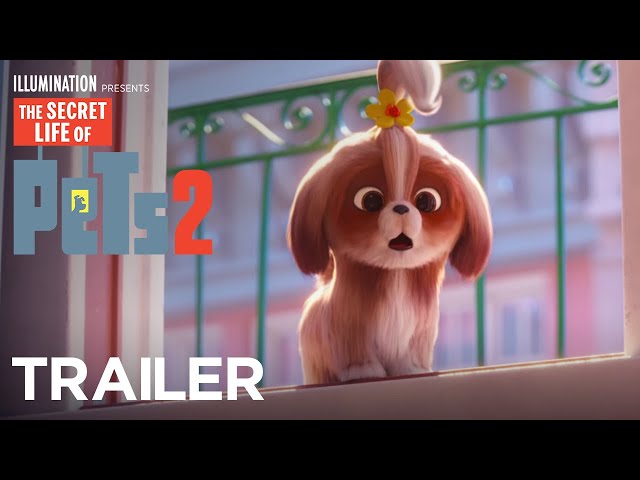 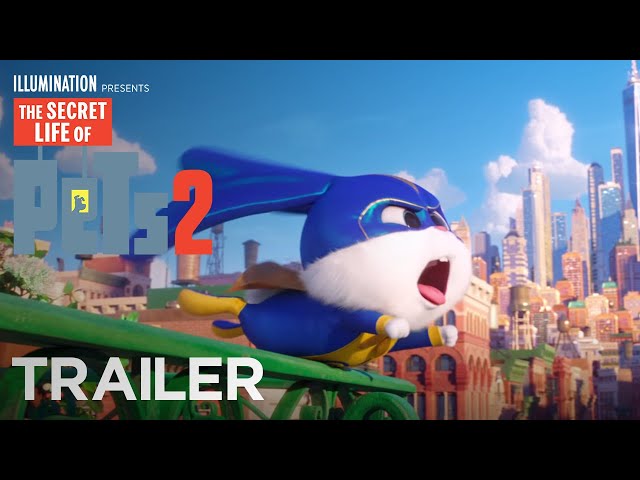 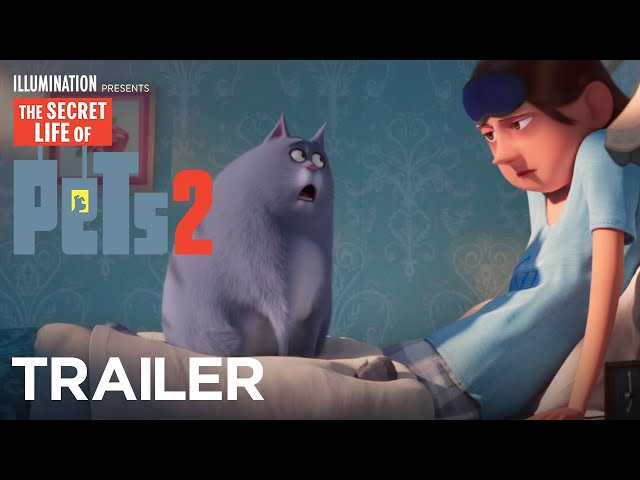 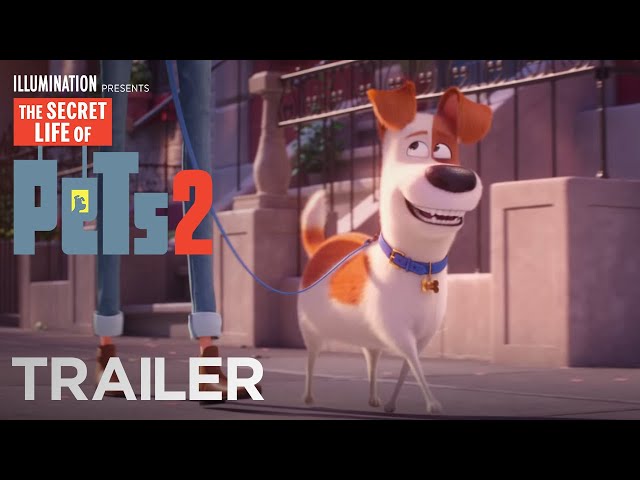 What is The Secret Life of Pets 2 about?

Sometime after the events of the first film, Max (Patton Oswalt) and Duke's owner, Katie (Ellie Kemper), marries Chuck (Pete Holmes) and has a son, Liam (Henry Lynch), whom Max disapproves of at first due to his rough play but eventually softens up to him. Later, Max's overprotective feelings for Liam develop into an itch which prompts Katie to get him a dog cone from the veterinarian in an effort to lower his symptoms. Max's luck changes when Duke (Eric Stonestreet) reveals that the family is going on a road trip outside of the city.
When Max and Duke's family reaches a farm owned by Chuck's uncle, Max grows unaccustomed to the farm's ways, including local sheepdog Rooster (Harrison Ford). After an incident with the farm's sheep, Rooster takes Max out to find one of the missing sheep that ran away. Rooster's teachings and encouragement to Max about acting unafraid prompts Max to successfully retrieve the sheep. Rooster allows Max to stay with him overnight as a result. Before departure, Rooster also gives Max one of his handkerchiefs as a souvenir.
Before Max left, he had entrusted his favorite toy, Busy Bee, to Gidget (Jenny Slate). Unfortunately, Gidget loses Busy Bee in a cat-infested apartment owned by a cat lady. She receives cat lessons from Chloe (Lake Bell), Mel (Bobby Moynihan), Buddy (Hannibal Buress), and Sweet Pea in order to sneak in the apartment more easily. With the help of Norman (Chris Renaud), she successfully retrieves Busy Bee and unintentionally gets hailed as the "queen of cats".
Meanwhile, Snowball (Kevin Hart), who dreams of being a superhero, meets Shih Tzu Daisy (Tiffany Haddish), who explains that she needs him to assist her in rescuing a White tiger cub named Hu she met on a flight back home being held captive by an abusive circus owner named Sergei (Nick Kroll). Daisy and Snowball sneak in and find the circus Hu is in. With much difficulty from Sergei's black wolves, they free Hu from the circus. However, during the escape, Daisy accidentally drops her flower clip, which the wolves use to track her down.

Who's in the The Secret Life of Pets 2 cast?

Here is the full cast and characters of The Secret Life of Pets 2.

When is The Secret Life of Pets 2 released in cinemas?

What are The Secret Life of Pets 2 film specifications?

The duration of the film is 86 minutes. With a budget of $80 million, the film grossed over $430 million.

The film The Secret Life of Pets 2 is rated with "PG" rating.

What are critics and audiences saying about The Secret Life of Pets 2?

The Secret Life of Pets 2 got high rating from critics. IMDB rating is 6.5/10. Rotten Tomatoes rating is 60/100. Audiences polled by CinemaScore gave the film an average grade of "A-" on a scale ranging from A+ to F.

Other sites about The Secret Life of Pets 2

More information about The Secret Life of Pets 2 you can get at:

IMDB: The Secret Life of Pets 2

Wikipedia: The Secret Life of Pets 2