The Souvenir is a 2019 drama film directed by Joanna Hogg. 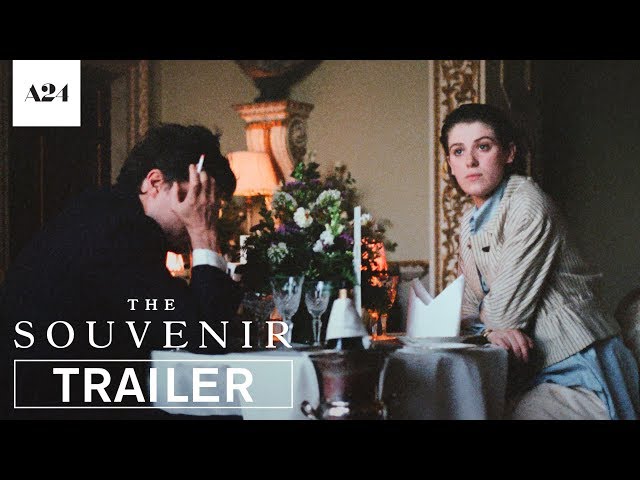 Julie, a young woman attending film school, wants to make a movie about a boy, his mother, and their life in the city of Sunderland. She lives in a flat with another student and his girlfriend. She meets Anthony, a well-to-do-man who works at the Foreign Office, who moves in with her after her roommate moves out. He leaves a postcard with a picture of the girl in "The Souvenir". He later takes her to the gallery where the painting is hung. Julie says the girl looks sad, while Anthony says she looks determined. They visit his parents at home, while Julie's mother, Rosalind, puts them in separate bedrooms. Anthony has to travel to Paris, but returns with some lingerie, which he asks Julie to put on. While they are in bed, she notices some needle marks on his arm, but doesn't know what they are, and he continues to ask Julie for money regularly. Julie starts to pay for their restaurant bills and is forced to borrow money from her parents. Julie and Anthony take a vacation to Venice. Anthony explains that he has had relationships with three other girls, including trips to Venice with at least one of them, who appears to have committed suicide while on the trip. Julie starts noticing when Anthony is on heroin, and she attends a self-help group. One evening, she returns, and finds her apartment has been broken into, and her valuable jewelry is missing. Anthony later admits to doing it, but didn't want to tell her to keep her from feeling bad. She returns home one evening, and finds a strange man in her apartment. She throws him out, and Anthony moves out too.

The film The Souvenir was scheduled to be released on January 27, 2019 (Sundance), on May 1, 2019 (United States) and on August 30, 2019 (United Kingdom) by A24, Curzon Artificial Eye, Mongrel Media and Universal Pictures International.

The Souvenir got high rating from critics.