The Sun Is Also a Star is a 2019 American teen drama film directed by Ry Russo-Young. 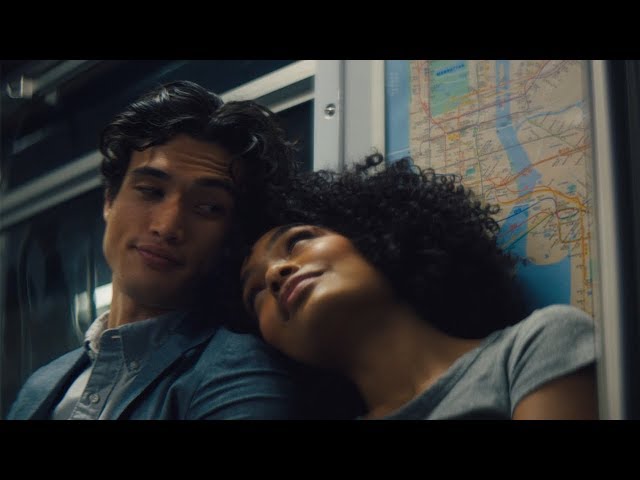 The film starts with a voiceover from teenager Natasha Kingsley on the Big Bang and how it created the whole universe and the world we live in. She continues about how she thought it would take her whole life to understand the human heart, but for her, it only took a single day. Natasha lives in New York City with her parents Samuel and Patricia, plus her brother Peter, all of whom are illegally in the country. She has a keen interest in science and learning what she can. She also notes how her parents met when Samuel walked into Patricia's store one day, and he, a hopeless romantic, fell for her. Unfortunately, Natasha and her family are set to be deported back to Jamaica the next day. Natasha is determined to change this, so she makes an appointment with the immigration office to try and reverse their decision. She meets with an attorney, Lester Barnes, and after asking questions, Natasha makes a tearful plea for her parents' case, so Lester gives her a card to contact another lawyer friend of his, Jeremy Martinez, who can do pro bono work for her case. Natasha calls his office and is told that he is fully booked for the day, but after pleading, she is told she can meet with him for 15 minutes during his lunch break. Daniel Bae is preparing for an interview for Dartmouth's medical school program. He comes from a Korean family, and his parents Dae Hyun and Min Soo encourage him to pursue a career as a doctor. He also has a brother, Charles, who is dismissive and rude to him. Daniel and his friend Omar get on the subway only to be in the same subway car as Natasha, when it stalls for a moment. The conductor takes the time to reassure the passengers that everything is fine. He begins telling a story about a friend who missed a train on 9/11 and, had he been on time, would have died since he worked at the World Trade Center. He concludes his point with the notion that they are there for a reason and to "open your heart to destiny." The guys get off at Grand Central Station, where Daniel spots Natasha and is instantly smitten by her. He also notices her jacket, which reads "Deus Ex Machina", a phrase he had been thinking about the same morning. Because of this, he thinks he has to go after her.

The duration of the film is 100 minutes. With a budget of $9 million, the film grossed over $6.7 million.

The Sun Is Also a Star got average rating from critics. Audiences polled by CinemaScore gave the film an average grade of "B-" on a scale ranging from A+ to F.

IMDB: The Sun Is Also a Star

Wikipedia: The Sun Is Also a Star