Watch the official trailer for They Are Billions

PlayStation on Tuesday, July 09, 2019 released the trailer:
They Are Billions - Gameplay Trailer | PS4. 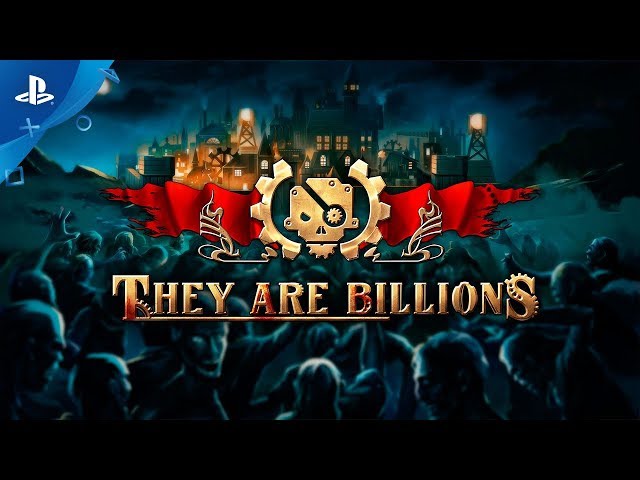 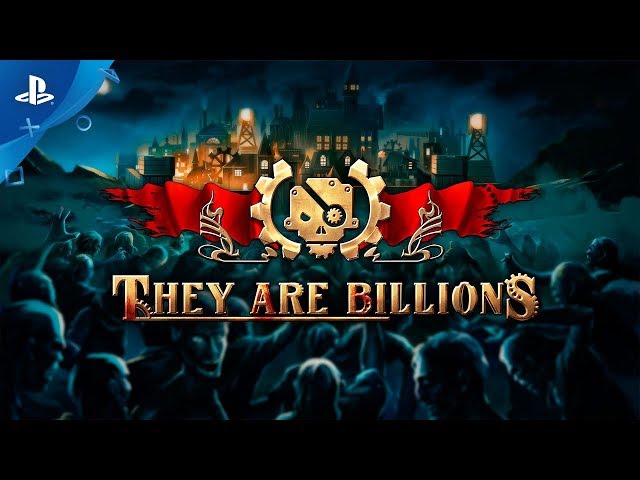 What is They Are Billions about?

They Are Billions pits the player in a randomly generated steampunk themed, zombie-infested world. The player's goal is to build a base to protect themselves, by planning the layout and defenses, exploring the map, collecting resources and expanding while fighting the local zombie population at the same time. Infected villages, called Villages of Doom, can be pillaged for resources, although a backlash of zombie swarms can result. There are eight resources that the player must manage: gold, food, workers, wood, stone, iron, oil, and energy. Structures and units, many of different variations and following a tech-tree, will require different materials to be made. Though zombies will attack at erratic, but slow times, at certain intervals throughout the game, large hordes of zombies will attack, focusing on one side of the base until a final wave coming from all directions (and in massive numbers). The player must keep zombies from breaching base defenses and infecting non-defensive structures, especially in tight or overdeveloped areas where a domino effect outbreak can occur. Much like the player has access to different unit types, zombie types are also varied, ranging between slow, decrepit ones, extremely fast zombies called "Harpies", highly-resistant ones known as "Butchers" and others, including a massive "infected giant" that has high health, speed, and damage that is also highlighted on a minimap, requiring the player to not only have a strong defensive perimeter (with walls, turrets, towers and traps), but also adapt tactics accordingly. While it is a real-time strategy game, players can pause at any time in order to plan future actions and give simultaneous orders.

When is They Are Billions released?

What are They Are Billions game specifications?

The game They Are Billions is rated with M rating.

Other sites about They Are Billions

More information about They Are Billions you can get at:

Wikipedia: They Are Billions