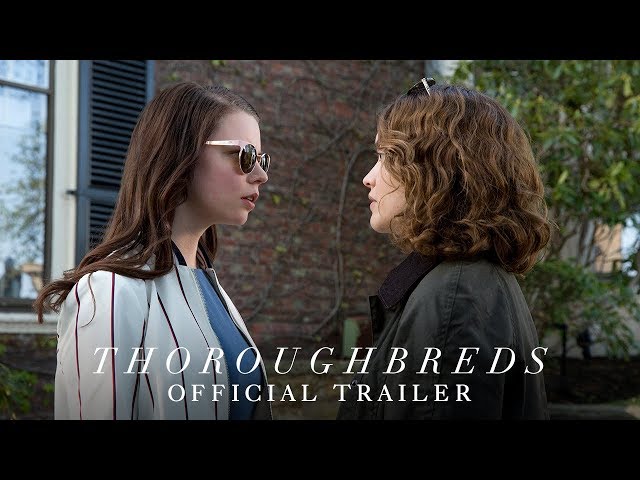 In suburban Connecticut, upper-class high schooler Amanda euthanizes her crippled horse with a knife, resulting in charges of animal cruelty. Sometime later, Amanda arrives at the home of the more popular and academically inclined Lily. The girls had previously been best friends but grew apart after the death of Lily's father. They meet under the pretense of hanging out and having a casual tutoring session, but Amanda knows that her mother has paid Lily to socialize with Amanda. Lily denies being paid, but Amanda, left emotionless by an unspecified mental disorder, is unfazed. Lily meets with Amanda again, this time voluntarily, and they rekindle their friendship. Lily lives with her mother Cynthia and stepfather Mark, a wealthy and abusive man whom she hates. One night, Amanda asks if Lily ever thought about killing Mark, upsetting Lily. However, tensions flare between Lily and Mark when Mark enrolls Lily in a boarding school for girls with behavioral issues. After seeing him berate Cynthia, Lily reconsiders and calls Amanda about the notion of killing him. She proposes that Amanda perform the murder as Amanda would not experience guilt. However, Amanda believes that her pending animal-cruelty trial would make her an immediate suspect.So they decide instead to blackmail drug dealer Tim into murdering Mark while the two girls are out of town. The night of the planned murder, Tim arrives on the property but leaves without killing Mark. The girls agree not to contact Tim again, as his own criminal history will prevent him from alerting the police. Lily impulsively prepares to kill Mark herself but is talked out of it by Amanda.

Principal photography began on May 9, 2016, in the Massachusetts towns of Cohasset, Tewksbury, Scituate, Westwood, and Wellesley, concluding on June 5, 2016, 14 days before Yelchin died.

The film Thoroughbreds was scheduled to be released on January 21, 2017 (Sundance, 2017 Sundance Film Festival), on March 9, 2018 (United States) and on August 9, 2018 (Germany) by Focus Features, Universal Pictures International (UPI) and Filmostrada.

The duration of the film is 92 minutes. With a budget of $5.1 million, the film grossed over $3 million.

Thoroughbreds got high rating from critics.