Uncharted 4: A Thief's End is an action-adventure video game by Sony Computer Entertainment and SCEA, developed by Naughty Dog. 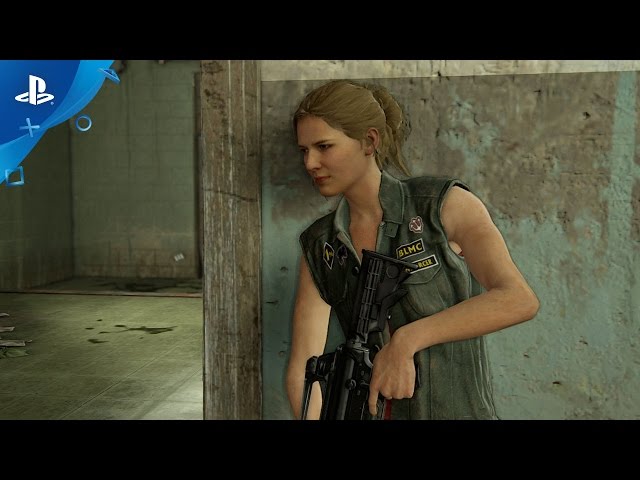 Uncharted 4: A Thief's End is an action-adventure game played from a third-person perspective, with platforming elements. Players traverse several environments, moving through locations including towns, buildings and wilderness to advance through the game's story. Players use firearms, melee combat, and stealth to combat against hostile enemies. For most of the game, players control Nathan Drake - a treasure hunter who is physically adept and is able to jump, sprint, climb, swim, scale narrow ledges and walls, swing with a rope, use a grappling hook and perform other acrobatic actions. Players also drive vehicles during some gameplay segments. In combat, players can use long-ranged weapons, such as rifles and shotguns, and short-barreled guns such as pistols and revolvers; handheld explosives such as grenades and dynamite are also available. The game's melee combat system was also reworked to avoid the presence of quick time events. The grappling hook allows players to leap over gaps, often giving them a tactical advantage in combat. Though players can attack enemies directly, they have the option to use stealth tactics to attack undetected or sneak by them. While the game is linear, environments feature multiple paths for players to explore; maps are significantly larger than earlier entries in the series. The game features an artificial intelligence system in which hostile enemies react to any combat situation they are placed in; they respond to players' actions, coordinate tactics, and cooperate with each other. Players' companions are also controlled by the artificial intelligence. The game introduces a dialog tree, allowing players to decide the outcome of some conversations, though it does not affect the story's progression. Extra visual filters and modes, such as a zero-gravity mode, bullet time gameplay, and a cel-shaded art style, can be unlocked by using points players collected in the main game.

Uncharted 4: A Thief's End was scheduled to be released on May 10, 2016 by Sony Computer Entertainment and SCEA.