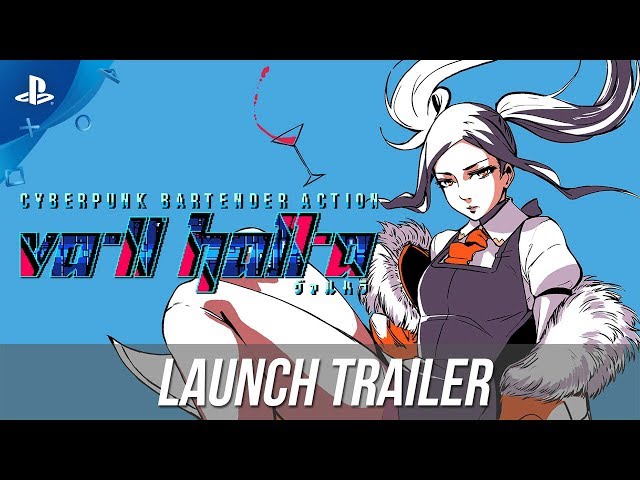 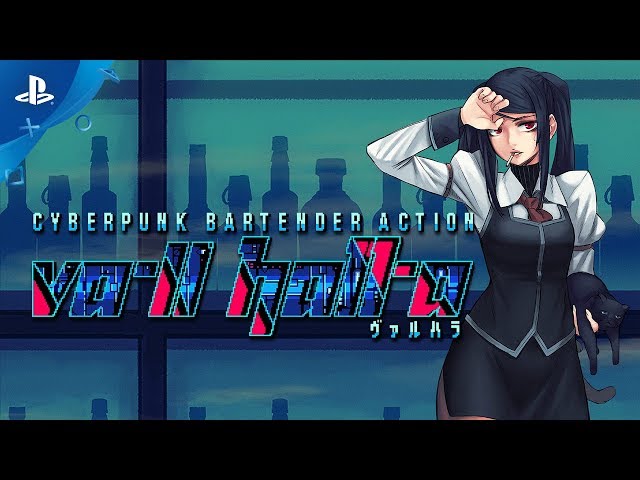 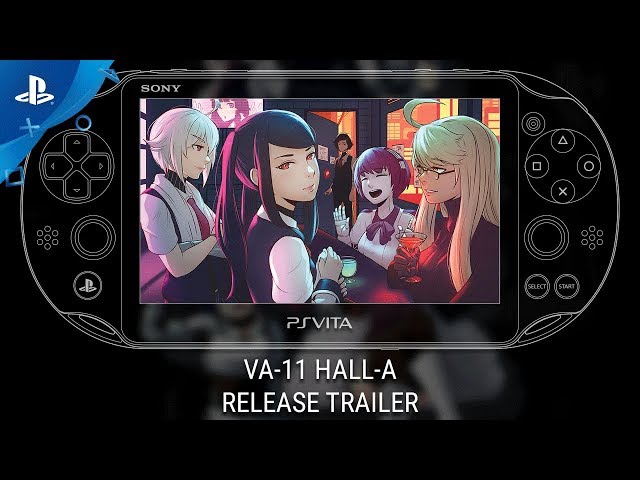 VA-11 HALL-A has been described by its developer, Sukeban Games, as a "cyberpunk bartender action" game, and has been described as a "bartending simulator meets a visual novel somewhere in a cyberpunk dystopia" by TouchArcade. In the game, the player assumes the role of a bartender at "VA-11 HALL-A" (pronounced Valhalla), a small dive bar in a dystopian downtown said to attract the "most fascinating" of clientele. Set in the year 207X, according to the game's official website, VA-11 HALL-A is described as a "a booze em' up about waifus, technology, and post-dystopia life", in a world where "corporations reign supreme, all human life is infected with nanomachines designed to oppress them, and the terrifying White Knights ensure that everyone obeys the laws." Corruption and food shortages "run rampant" in Glitch City, the city where the eponymous bar is located.
At the bar, the player's interaction with the game is focused on preparing drinks based on the given instructions and then serving them to characters. However, the game's experience is primarily storytelling and dialogue-driven, since as the player serves the characters they also listen to their stories and experiences. The game also includes scenes outside the bar, such as at Jill's home where players are able to have text conversations and use apps on her phone. Players can also visit shops and buy items using money they earn while working at the bar to decorate Jill's home, as well as to pay the rent. Keeping Jill happy at home helps her stay more focused at work as well as making her more attuned to cocktail suggestions. Players find out about VA-11 HALL-As world through the patrons of the bar and a selection of news reports on their in-game tablet computer at the outset of each day. At the start of each work day, the player creates their own music playlist for the game in the bar's jukebox.

When is VA-11 HALL-A released?

What are VA-11 HALL-A game specifications?

The game is made with GameMaker Studio engine.

The game VA-11 HALL-A is rated with M rating.

Other sites about VA-11 HALL-A

More information about VA-11 HALL-A you can get at: