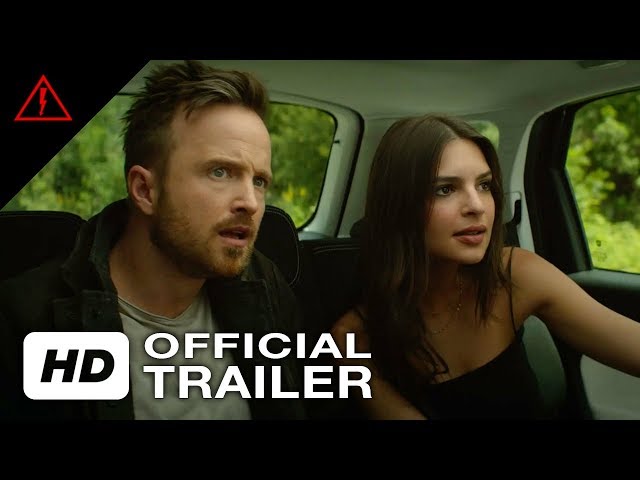 What is Welcome Home about?

Bryan (Aaron Paul) and Cassie (Emily Ratajkowski) are a couple who decide to stay in a house in Umbria. They are trying to mend their relationship, after Cassie was caught having drunken sex with a coworker. Since then, Bryan has become impotent. Cassie goes out for a run, and falls down and injures her ankle. She flags down a passing truck, and an Italian named Federico (Riccardo Scamarcio) stops and helps her. He gives her a ride back, and then offers to give them a ride to town the next day. They agree, and spend an awkward ride there the next day. Bryan accuses Cassie of not being able to see how Federico looks at her with lust; disgusted, Cassie leaves to go back to the house. Bryan gets drunk at a bar, Federico joins him. Federico invites two ladies to help Bryan back to a hotel. Bryan and the two ladies end up having sex. Bryan has no memory of this and takes a taxi home.
It is shown that Federico has secret cameras all over their house, and is secretly watching them. Federico starts showing up when Bryan is not around, and Bryan discovers that Federico is not their neighbor, despite his claims. He threatens to tell Cassie this, Federico threatens him back by telling him that he will tell Cassie that he slept with the two ladies while drunk. Bryan denies this, and eventually tells Cassie that Federico is not who he says he is and to not let him visit. Cassie thinks that Federico is nothing but nice, until Federico cooks them rabbit stew and creepily tells them how much he likes to hunt.
Federico sees through his cameras Bryan and Cassie making up and planning to have sex; disgusted, he traps Bryan in the cellar and leaves a note for Cassie to put on a blindfold. Cassie, thinking the note was from Bryan, does so. Federico kisses and gropes her while taping himself doing so, and then, hearing Bryan escaping, sets a video to play it. At the same time, he leaves Bryan's phone near Cassie so she can pick it up. Cassie sees a video of Bryan and the two ladies having sex in the hotel. Upset, she gets dressed and goes to Bryan, and they have a fight.

Who's in the Welcome Home cast?

Here is the full cast and characters of Welcome Home.

When is Welcome Home released in cinemas?

What are Welcome Home film specifications?

The film Welcome Home is rated with "R" rating.

What are critics and audiences saying about Welcome Home?

Welcome Home got average rating from critics. IMDB rating is 5.2/10. Rotten Tomatoes rating is 11/100. But the audience kinda likes the film.

Other sites about Welcome Home

More information about Welcome Home you can get at: