Werewolf: The Apocalypse - Earthblood is an action role-playing video game by Bigben Interactive, developed by Cyanide. 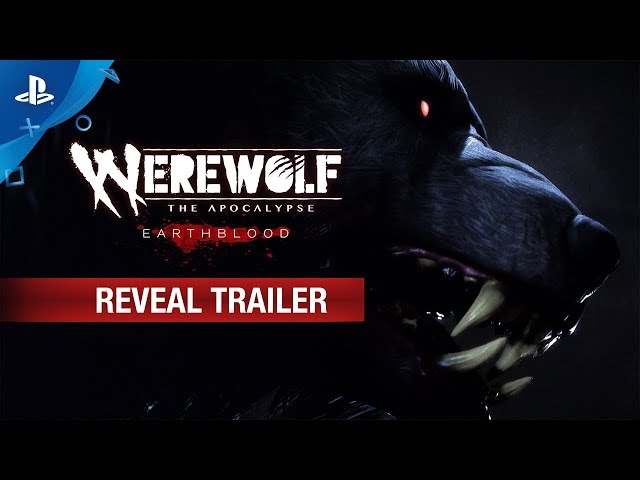 Werewolf: The Apocalypse - Earthblood is a third-person, single-player action role-playing game in which the player takes the role of an eco-terrorist werewolf. The player explores various areas in the American Northwest, in the form of large hub worlds. Within these areas, the player plays through missions, which may have affects on the game world, including leading to secondary missions getting unlocked. The player also goes to Penumbra, a place between the physical world and the spirit world, where they can receive sidequests or challenges from the Great Spirit of the Waterfall, who gives the player rewards for completing them, such as opening shortcuts between areas. The werewolf is a shapeshifter, and can take on the forms of a wolf and a human in addition to his werewolf form. Each form has its own gameplay mechanics tied to it: the wolf form is used for exploration, tracking, spying, and stealth, as well as being able to pass through narrow passages; the human form is used for interactions, such as using machines and conversing with people; and the werewolf form is used for combat. When in the human form, other characters are not aware that the player character really is a werewolf, allowing the player to go undercover. The player develops the werewolf through a skill tree, where they can choose between different archetypes connected to different weaknesses and strengths. The player also has access to various supernatural power-ups, which are drawn from nature. The gameplay involves management of the player character's rage: the werewolf's rage rises as he learns about problems humans have caused, such as pollution and greed. If the player lets the werewolf's rage overflow, the werewolf will enter a frenzy state and turn into a violent, monstrous beast. When in the frenzy state, the werewolf is more powerful, but also finds it more difficult to parse information, such as whether a character is an enemy or an innocent, and will draw the attention of enemies. Once in the frenzy state, the only way to break out of it is to kill all who are present, regardless of if they are enemies or not.

Werewolf: The Apocalypse - Earthblood was scheduled to be released in 2020 by Bigben Interactive.