When We First Met is a 2018 American romantic comedy film directed by Ari Sandel. 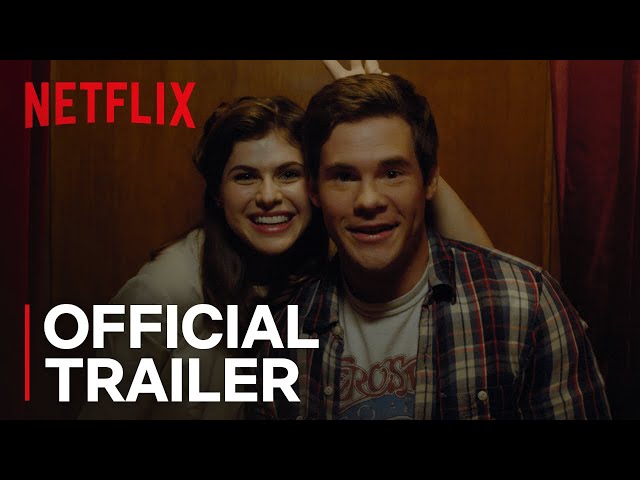 At Avery's (Alexandra Daddario) engagement party, Noah Ashby (Adam DeVine) recalls his and Avery's first meeting during a Halloween party three years earlier and is sad to see her engaged to perfect Ethan (Robbie Amell) instead of him. Drunk and being driven home by Avery's photographer roommate Carrie Grey (Shelley Hennig), Noah admits he is secretly in love with Avery but, on the night they met, Avery only saw him as a good friend and met Ethan the next day. Carrie deposits him with Max (Andrew Bachelor), his successful vice president best friend, at the piano bar where Noah works. Noah drunkenly uses the photo booth where he and Avery shared a moment and falls asleep. He awakens in his bed and soon discovers he has traveled back in time to the day he met Avery. Noah tries to re-do their meeting, using his knowledge of her to his advantage, but Carrie, whom he met earlier and claimed he knew her and Avery well, comes home early and the two deduce he is a stalker and attack him. He wakes up back in the present thinking it was only a dream, but when he goes to Avery's house he realizes he is repeating the day of Avery's engagement party, but this time she recognizes him as the stalker from three years ago. Noah realizes he can use the photo booth to go back in time to re-do their meeting and will wake up to the consequences three years later. Noah goes back a second time and seeks Max's help impressing Avery. Max convinces him to be a rude and cynical alpha male, and while Avery is initially disgusted by his attitude, she is aroused during their argument and they end up having sex. Noah wakes up in the present and learns that he and Avery's relationship is unrequited and, for Avery, is purely sexual while she and Carrie are part of an exercise group with Ethan. Noah learns from Carrie that Avery is attracted to stable and dependable men, and Noah goes back a third time. He asks Max, still a low-ranking employee at the company, to ask his boss for a job for him and then acts kinder and more mature during his first meeting with Avery. He wakes up to find himself engaged to Avery, living a wealthy lifestyle, and is the successful vice president of the company. However, he learns that he and Max have become work enemies, is a workaholic that neglects Avery and has abandoned his piano hobbies, and, despite Ethan switching roles with him during his engagement party, Avery still loves Ethan more than him. While confiding in Carrie, Noah realizes Ethan and Avery are meant to be together and how he and Carrie end up learning more about each other in every alternate present.

The film When We First Met was scheduled to be released on February 9, 2018 by Netflix.

When We First Met got average rating from critics. But the audience likes the film.

Wikipedia: When We First Met